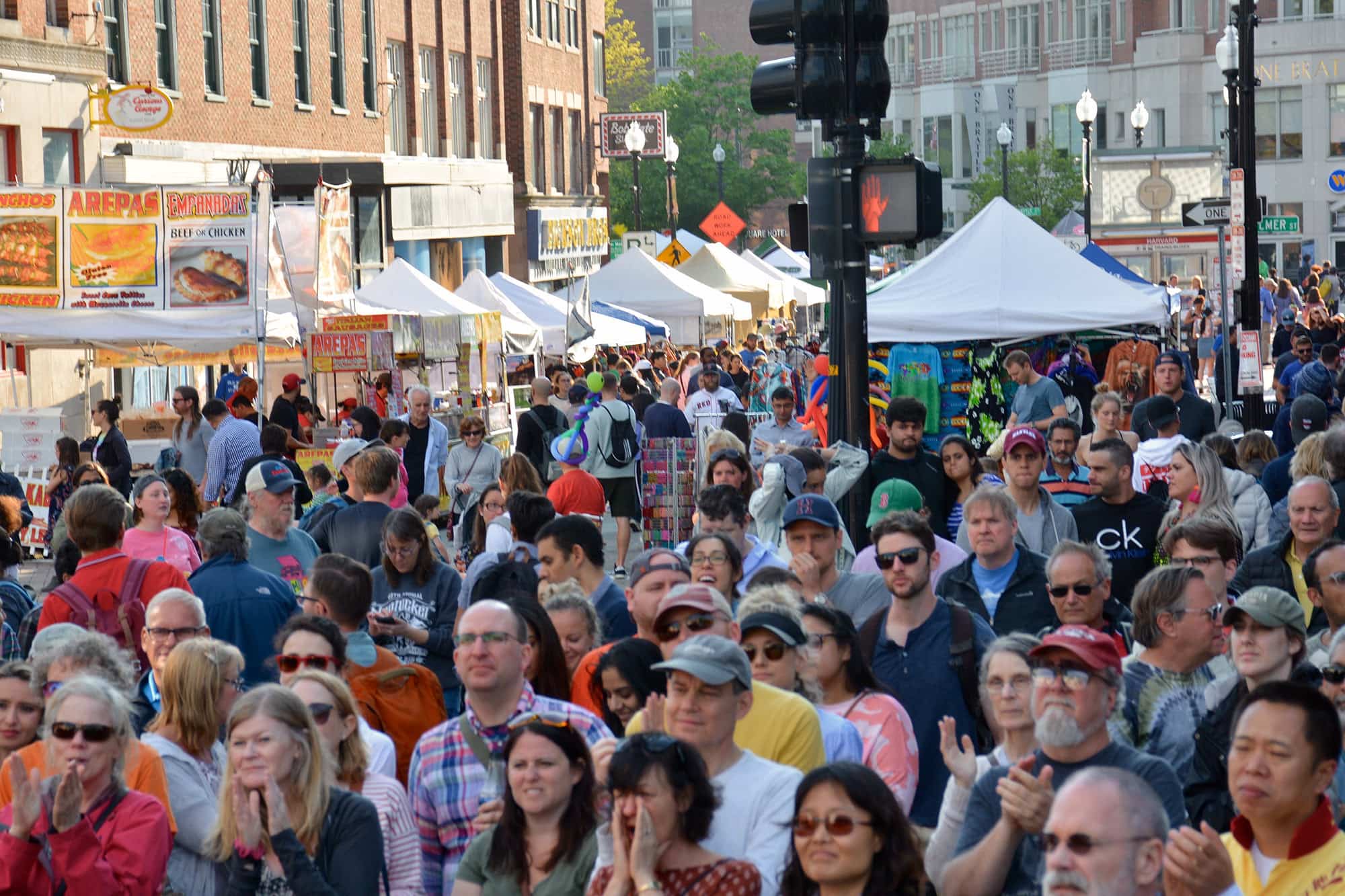 12pm    VibeCheck
VibeCheck is a band from Cambridge made up of teenage multi-instrumentalists, songwriters and producers. Playing a repertoire of indie, electro, rock, funk covers and originals, they can often be found performing in Harvard Square to raptured audiences.

2pm      Sold By Weight
Sold By Weight brings groovy voicings to a wide mix of composers. From Duke Ellington to Led Zeppelin, to Youngblood Brass to Wulfpeck and Jellyroll Morton, done with an eclectic brass handle attached, so you can carry them off into the funky NOLA-influenced bayou in your mind. Who needs guitars!?

3pm      OldJack
Oldjack has been a Boston music staple for nearly two decades.  They’ve shared the stage with Midlake, Langhorne Slim and The Sheila Divine.  Their unique blend of rock, soul and AM gold creates a vibe both new and familiar.  Their live shows guarantee a good time and have received numerous accolades including a Boston Music Award for Best Live Residency. The Harvard Square Business Association is excited to welcome their return to the MayFair stage.

5pm       JP Honk
The Jamaica Plain Honkband is a community/activist band sowing chaos and merriment all around Boston. The mission of JP Honk is to be an open community group focused on the enjoyment of making music (mostly of the exuberant street-band style) for ourselves, for local community organizations, and for activist causes we believe in; and to be an organization with intentionally shared leadership that welcomes all and values diversity, inclusion, and transparency.

Join Liars & Believers, a devised theatre ensemble, on an adventure of masks, puppets, and

A clownish maintenance crew finds a magical yellow bird, and the mad chase begins.  Racing over land, across the sea, and through the air, battling pirates and monsters, how far will our heroes go…without ever leaving the storage room?  Leap into a world of imagination!  Join Liars & Believers on an adventure of masks, puppets, and gibberish.  Yellow Bird Chase is appropriate for the whole family and is fully accessible to Deaf and hard of hearing audiences.

Liars & Believers is a devised theatre ensemble. We create original live plays with music, movement, mask, puppet, video, clown, live bands, aerialists … pretty much anything we can get our hands on. We tell stories that explore what it means to be human in this world we share. Collaborating with audiences and artists of all kinds, we create theatrical works that invite you to open your heart, challenge your mind, and feast your senses.

Dan and Jane met on Martha’s Vineyard in 2016.  Their haphazard and intermittent career as folksingers has included busking in Harvard Square and Oak Bluffs, open mics, a wedding, and occasional house concerts. Many evenings before dinner, they break out the guitar and sing themselves backward into the sixties and seventies.  As for Dan, he’s been singing and playing guitar since 14.  Despite several superb instructors (Peter Kairo and Bertrand Laurence to name two), he has managed to keep his proficiency at a pretty low level.  But his enthusiasm and love of folk music from the ‘60s and ‘70s have somewhat made up for what he lacks in talent.  A favorite of Dan’s is Leonard Cohen.  Recognizing that stardom was beyond his reach, Dan found his niche as Executive Director of the iconic nonprofit Passim in Harvard Square that includes Club Passim, the successor to historic Club 47, where Joan Baez, Tom Rush, and a host of other (actually talented} folk singers got their start. He retired from that position in 2015.  As for Jane, she’s a retired teacher, painter, and rank amateur singer. She’s been wailing away in the shower, in the car, in community theater productions, community choruses and church choirs for a very long time.

Acoustic guitarist Will Baird transforms popular songs into new arrangements with a mellow, relaxing style. His bright, resonant acoustic guitar and lush, beautiful backing tracks create a unique “full ensemble” sound.  His instrumentals range from the music of James Taylor to Coldplay to U2.  http://www.willbaird.com

2pm   Floorlords
The Floorlords were established in 1981 at the adolescence of the Hip Hop movement. Since then, they have played a significant role in the growth of hip hop culture, contributing wholeheartedly by helping to define and ultimately expand upon the art of breakdancing or more commonly known as “Breaking” in their community.   ​The group focuses on bringing all five elements of Hip-Hop culture to their fans and followers through television, films, competition and performances. Some notable appearances include films “Krush Groove” “Step Up 3D” and “In the Heights”. The Floor Lords continue to rack up accomplishments from creating their own theatre show called “Floor Lore” to collaborating with sneaker company “Saucony” on an official “breakdance” sneaker.

Yazhi is a famous suona (Chinese oboe) and various wind musicians, active on the international stage, has the reputation of “the best in the world”. He has won the ProMusicis International Award in the United States and the Best Artist Award in Hong Kong. He is a visiting professor at the Berklee College of Music, and is currently the dean of the American Academy of World Music.

Tao He is a famous erhu player. She has been contracted with Expect Music (Singapore) and the Hong Kong Chinese Orchestra. In 2012, she moved to the US, where she premiered the work “The Wanderings of Sanmao” written by Huang Qiong, performed “Capriccio on the Great Wall” with the Cincinnati Conservatory of Music Symphony Orchestra, and performed as an erhu solo in the opera “The Legend of the White Snake” written by Mr. Zhou Long.

Having transitioned to jazz piano after studying classical piano, Jiayi Guo has used her talents as a pianist and singer-songwriter to create her own original compositions. 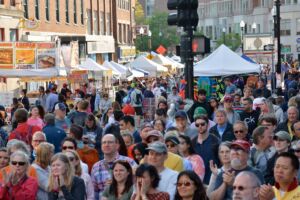 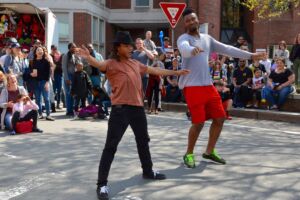 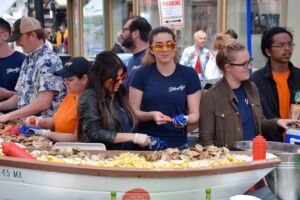 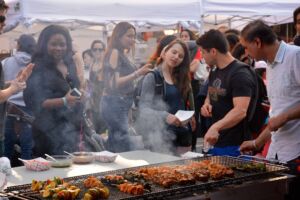 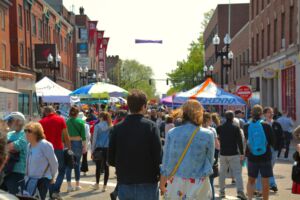 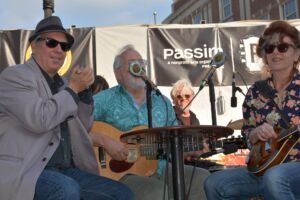 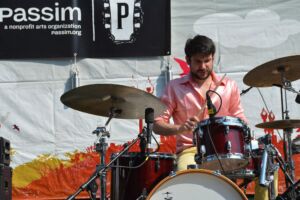 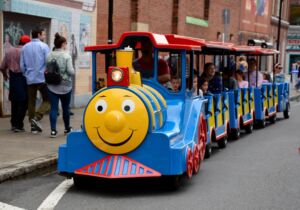 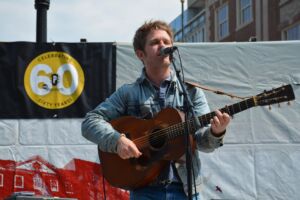