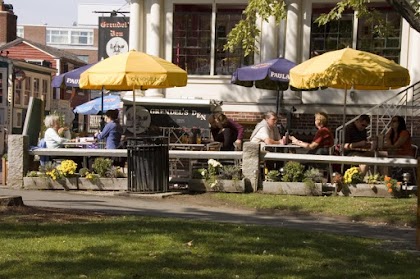 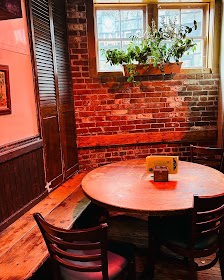 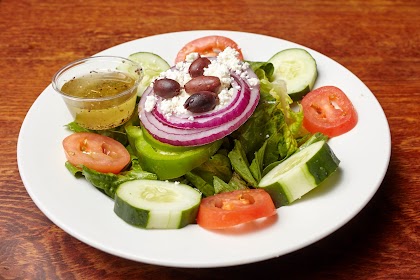 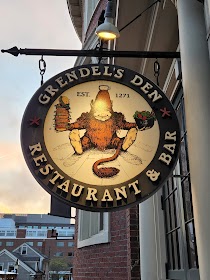 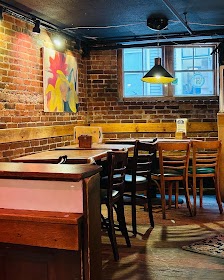 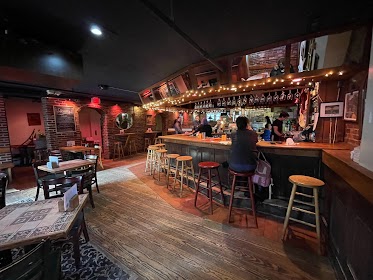 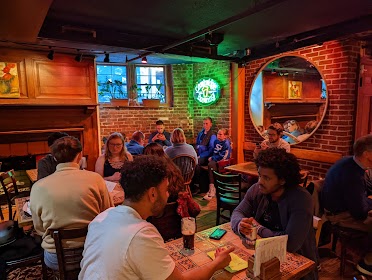 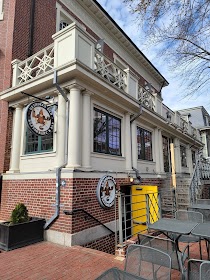 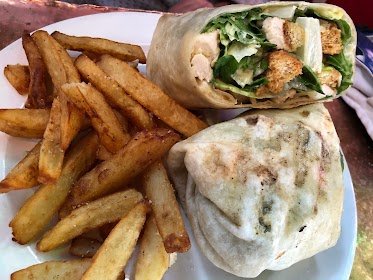 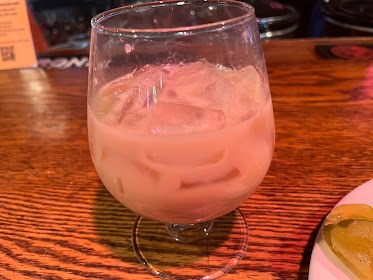 Grendel’s Den has been serving casual gourmet dishes and international specialties in the same location for over 35 years. We have a full bar and an beer selection reknown for it’s high quality selection of imports and microbrews. Our award winning Happy Hour is nightly from 5:00 pm to 7:30 pm and Sunday through Thursday from 9:00 pm to 11:30 pm, during which times all food on the menu is half price with a $3 minimum beverage purchase per person. Our full menu is available all day except during Brunch on Sundays from 11:30 – 3 pm.

Shortly after Harvard’s Pi Eta Club moved out of 89 Winthrop Street in the 1960’s, Sue and Herbert Kuelzer took notice of the building as an attractive location for the restaurant they were planning to open in Harvard Square. Their vision for the space was a full service restaurant serving “casual gourmet” food at reasonable prices.

They came up with the name Grendel’s Den, which suited the cave-like dining room and allowed Sue to make good use of her BA in English Literature.

In 1974, Grendel’s expanded, taking over the main floor of the building. This was the home of the famous “Grendel’s Salad Bar,” two fireplaces, and a sunny, plant-filled evolution, which sprang from Grendel’s basement origins.

Around this time, the Kuelzers launched a legal battle challenging a Massachusetts State law allowing churches to veto liquor licenses. With the help of Harvard Law School’s Laurence Tribe, the case went all the way to the United States Supreme court, which ruled the law was unconstitutional.

The historic legal precedent* changed similar laws in nine states, and enabled Grendel’s Bar to open downstairs in 1983. The bar quickly became known as a spot to sample newly popular micro-brewed beer from local breweries such as Sam Adams and Cambridge Brewing Company.

State restrictions on Happy Hours banned discounting libations (a.k.a. cheap booze), so instead, Grendel’s offered discounted food if you bought a drink!  While other bars drew customers with events, TV’s, or live music, Grendel’s Bar remained a cozy spot to gather in good company and chat without distraction. The popularity of Grendel’s bar scene and the happy, noisy din customers create on a nightly basis has continued over the past forty years.

After an overhaul of the entire block of Winthrop to Eliot to Mount Auburn Street in 1999, Grendel’s Den Restaurant & Bar re-opened in the basement only. Herbert & Sue’s daughter Kari assumed management of the restaurant in 2004 following the extremely sad and premature death of Sue from breast cancer. In its second generation of family ownership, Grendel’s is an always-busy neighborhood institution that caters to Harvard Square’s students, academics, tourists and residents from late morning to late night.

Announcing a new historical podcast coming from the folks at Grendel’s Den Restaurant and Bar in Harvard Square.

As part of our 50th Anniversary celebrations this year, we’re launching a very special podcast series! A People’s History of Food and Drink explores culture and community through a culinary lens, while wearing a pair of beer goggles. Season one, 5X10 In The Den, looks back at five decades of Harvard Square history as experienced by the people and patrons of the legendary Grendel’s Den restaurant. Join our host, and history nerd, Daniel Berger-Jones as he celebrates Grendel’s 50th anniversary with cocktail tutorials, cooking lessons and conversations with local legends, sharing stories that can only be heard in The Den.

Episode 1 airs Wednesday, Dec 8 and explores the groovy 70s! Get yourself a tall bottle (or short nip!) of Galliano, some vodka and some OJ and enjoy this episode with a Harvey Wallbanger, or three (find yourself a tutorial right here!). This episode begs the question, “do you like piña coladas and getting caught in the rain?” Explore a unique (and possibly slightly inappropriate??) way to prepare Bavarian shish kabob. Learn why famous New Yorker artist Dean Rohrer loves Grendel’s Den and a whole lot more.

The episode can be found right here and pretty much every other place where podcasts are heard so stay tuned! Be sure to give our social a follow and check out all the behind the scenes action and fun memorabilia!