Celebrated author James Carroll conducts a deeply personal exploration of what has broken the modern Catholic Church. Carroll’s account is the most recent in his canon of books chronicling and critiquing the blessings and limitations of Catholic Christianity. A former priest himself, Carroll peers into the shadows of deceit and corruption that have shaken his belief system, unearthing the awful truth hidden in the human failings, sins and betrayals of the Church’s hierarchy of bishops and priests. Carroll contends that the Catholic Church and its clergy are at a critical tipping point, can it and they yet be saved?

James Carroll is author of 21 books, both fiction and non-fiction. His essays and articles have appeared in The New Yorker, Daedalus, The Daily Beast and other publications. He wrote a Boston Globe op-ed column for 23 years.

This talk is part of the Cambridge Forum’s THE SEARCH FOR MEANING, a 3 part series looking at the benefits and failures of organized religion in the US. 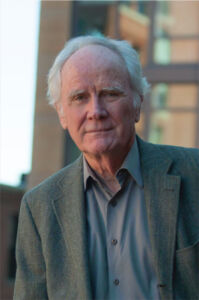