Janet Feld, Esther Friedman and Jackie Damsky have joined forces as The Secret Sauce, performing tasty originals and choice covers, with lots of sweet 3-part harmony, plus guitar, mando and violin.  The band evolved from time spent playing music together. Performing with people whose music you love, and are a blast to hang out with is how they roll.  See more at www.thesecretsaucemusic.com. 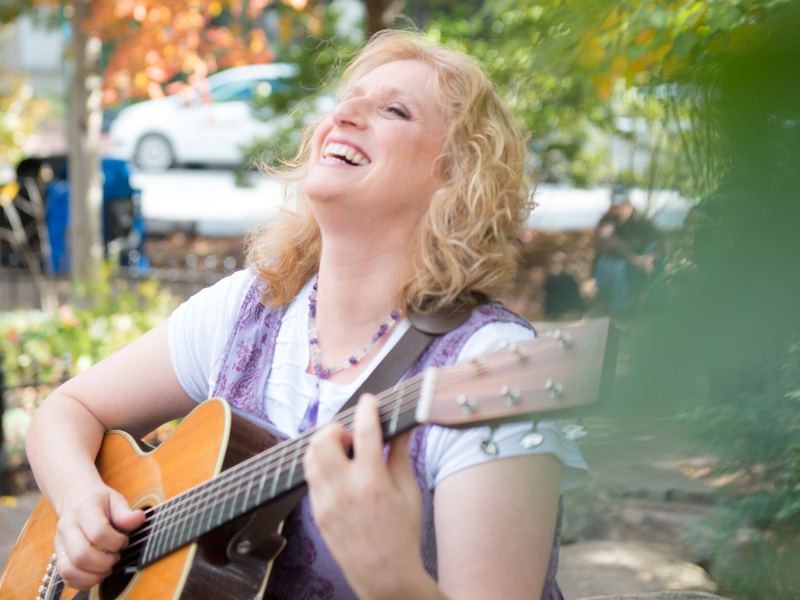 Award winning singer-songwriter, Janet Feld, captivates audiences across the nation and listeners across the globe with engaging performances filled with her wry sense of humor and sassy playfulness.

Audiences find themselves moved as the music shifts from the engrossing true story, Rosalie’s Diamonds, that describes how Feld’s grandmother rescued her family from Nazi- occupied Austria in the late 1930’s to her deeply introspective work in I Met Myself to her description of life’s paradoxes in Messy Beauty, the title cut to her newest release.

Sought after for her talents as an opening artist, Janet has opened for Cheryl Wheeler, Aztec Two Step, John Gorka, Dar Williams, and Tom Kimmel. She has also performed at folk festivals from coast to coast throughout her over three decade career.

Janet’s recordings range from productions with a host of studio musicians to the simple clarity of a voice and guitar, with a touch of piano. Messy Beauty is a journey back to the studio after her last release, I Met Myself. After releasing a bare bones recording for her last album, she decided to record her latest with Doug Kwartler of The Lied To’s for a fuller sound.

In addition to performing, Janet teaches guitar and songwriting at The Passim School of Music. She is also Founder and Chief Music Officer of Janet’s Planet: Music Lessons For Humanoids, Inc., offering private lessons, weekend retreats and international excursions to people of all ages. Her goal is to help people experience the fact that you don’t have to be from the “special talented people” planet in order to play music.