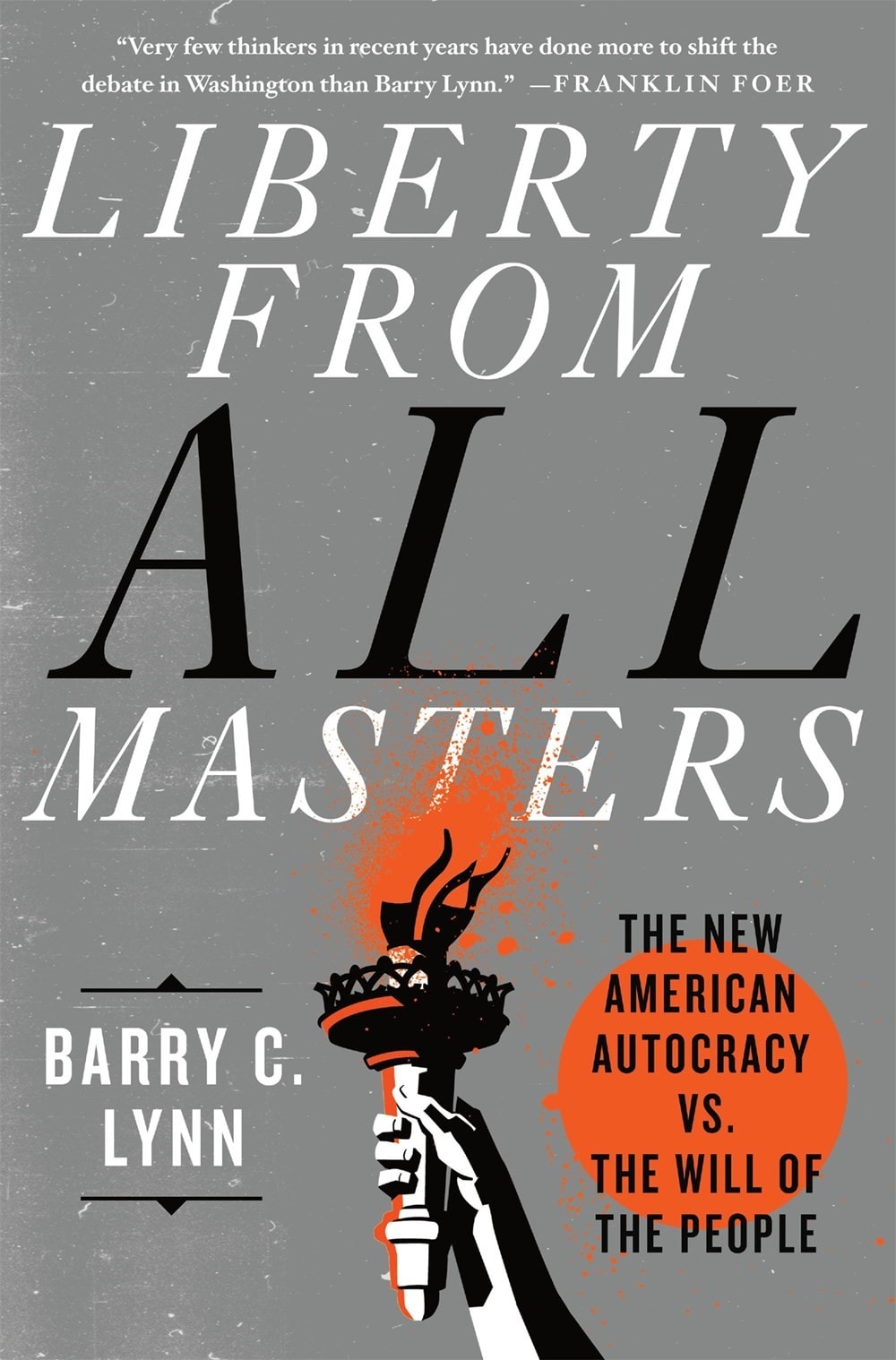 Americans are obsessed with liberty, mad about liberty. On any day, we can tune into arguments about how much liberty we need to buy a gun or get an abortion, to marry who we want or adopt the gender we feel. We argue endlessly about liberty from regulation and observation by the state, and proudly rebel against the tyranny of course syllabi and Pandora playlists. Redesign the penny today and the motto would read “You ain’t the boss of me.”

Yet Americans are only now awakening to what is perhaps the gravest domestic threat to our liberties in a century—in the form of an extreme and fast-growing concentration of economic power. Monopolists today control almost every corner of the American economy. The result is not only lower wages and higher prices, hence a concentration of wealth and power in the hands of the few. The result is also a stripping away of our liberty to work how and where we want, to launch and grow the businesses we want, to create the communities and families and lives we want.

The rise of online monopolists such as Google and Amazon—designed to gather our most intimate secrets and use them to manipulate our personal and group actions—is making the problem only far worse fast. Not only have these giant corporations captured the ability to manage how we share news and ideas with one another, they increasingly enjoy the power to shape how we move and play and speak and think. Learn more.