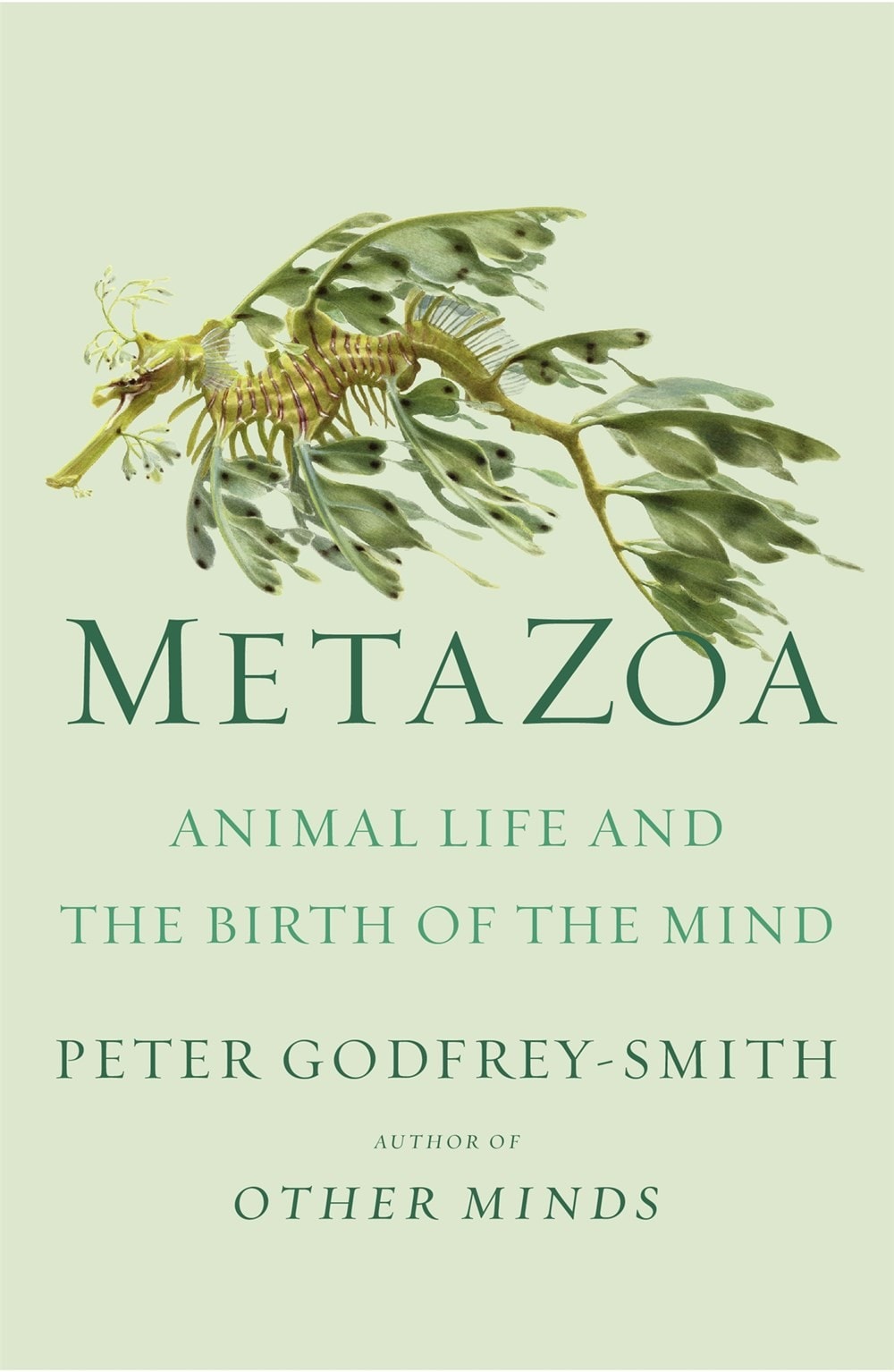 Dip below the ocean’s surface and you are soon confronted by forms of life that could not seem more foreign to our own: sea sponges, soft corals, and serpulid worms, whose rooted bodies, intricate geometry, and flower-like appendages are more reminiscent of plant life or even architecture than anything recognizably animal. Yet these creatures are our cousins. As fellow members of the animal kingdom—the Metazoa—they can teach us much about the evolutionary origins of not only our bodies, but also our minds.

In his acclaimed 2016 book, Other Minds, the philosopher and scuba diver Peter Godfrey-Smith explored the mind of the octopus—the closest thing to an intelligent alien on Earth. In Metazoa, Godfrey-Smith expands his inquiry to animals at large, investigating the evolution of subjective experience with the assistance of far-flung species. As he delves into what it feels like to perceive and interact with the world as other life-forms do, Godfrey-Smith shows that the appearance of the animal body well over half a billion years ago was a profound innovation that set life upon a new path. In accessible, riveting prose, he charts the ways that subsequent evolutionary developments—eyes that track, for example, and bodies that move through and manipulate the environment—shaped the subjective lives of animals. Following the evolutionary paths of a glass sponge, soft coral, banded shrimp, octopus, and fish, then moving onto land and the world of insects, birds, and primates like ourselves, Metazoa gathers their stories together in a way that bridges the gap between mind and matter, addressing one of the most vexing philosophical problems: that of consciousness.

Combining vivid animal encounters with philosophical reflections and the latest news from biology, Metazoa reveals that even in our high-tech, AI-driven times, there is no understanding our minds without understanding nerves, muscles, and active bodies. The story that results is as rich and vibrant as life itself. Learn more.