“Of A Winter’s Night” is Tony Trischka’s banjo-driven celebration of the season where he turns his considerable melodic inventiveness loose on Bluegrass and Americana music for the holidays.

With the backing of his band of extraordinary musicians, Tony is joined by shape-note singer and multi-instrumentalist Tim Eriksen, Hannah Read on guitar and vocals, Jared Engel on bass and vocals, and Sean Trischka on percussion.

A diverse, highly textural seasonal collection, Trischka also revels in songs long forgotten and little known.  Truly a sumptuous feast for the ears presented as only Tony Trischka can.

Tony Trischka is considered to be the consummate banjo artist and perhaps the most influential banjo player in the roots music world. For more than 45 years, his stylings have inspired a whole generation of bluegrass and acoustic musicians with the many voices he has brought to the instrument.

A native of Syracuse, New York, Trischka’s interest in banjo was sparked by the Kingston Trio’s “Charlie and the MTA” in 1963. Two years later, he joined the Down City Ramblers, where he remained through 1971. That year, Trischka made his recording debut on 15 Bluegrass Instrumentals with the band Country Cooking; at the same time, he was also a member of America’s premier sports-rock band Country Granola. In 1973, he began a three-year stint with Breakfast Special. Between 1974 and 1975, he recorded two solo albums, Bluegrass Light and Heartlands. After one more solo album in 1976, Banjoland, he went on to become musical leader for the Broadway show The Robber Bridegroom. 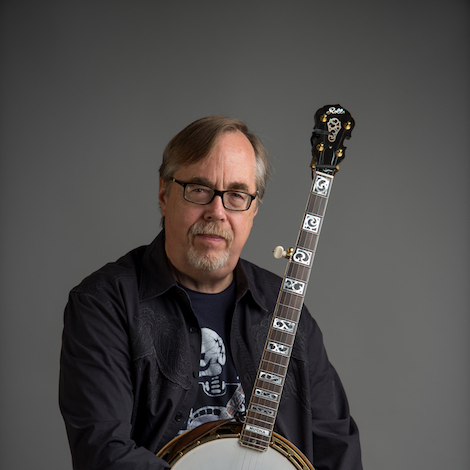