American historian Christy Coleman is the distinguished lecturer for the 2021 Seminar on Innovative Curatorial Practice. She is renowned for creating innovative, engaging, and inclusive museum exhibitions and programs that tell a comprehensive story of American history.

In this program, Coleman will discuss the power that museums have to genuinely engage with communities around what matters to them most. While expertise within museums is invaluable, it is wasted if not used to help communities address their issues and aspirations.

Presented in collaboration with the Harvard Art Museums and the Radcliffe Institute for Advanced Study, as part of the presidential initiative on Harvard and the Legacy of Slavery.

Established in 2014, the Seminar on Innovative Curatorial Practice is a partnership between the Harvard Museums of Science & Culture and the Harvard Art Museums. The program engages renowned scholars whose innovative and interdisciplinary practice challenges traditional approaches to exhibitions. These innovators share their work with the broader public through a lecture and with Harvard students and faculty through discussions focused on rethinking ways to integrate the university’s art, natural history, science, and social science collections with the teaching and research mission of the university.

This talk will take place online via Zoom. Free admission, but advance registration is required. Please click here to register through the Harvard Museums of Science & Culture website. Please note that registration closes 30 minutes prior to the event start time.

For instructions on how to join a meeting in Zoom, please click here. If you have any questions, please contact am_register@harvard.edu.

The Harvard Art Museums are committed to accessibility for all visitors. For anyone requiring accessibility accommodations for our programs, please contact us at am_register@harvard.edu at least 48 hours in advance.

About the speakers:
With a career spanning over 30 years, Christy S. Coleman has served as chief executive officer of some of the nation’s most prominent museums. She is a tireless advocate for the power of museums, narrative correction, diversity, and inclusiveness. Coleman has held leadership roles at the Colonial Williamsburg Foundation, the Charles H. Wright Museum of African American History, the American Civil War Museum, and now the Jamestown-Yorktown Foundation, where she is executive director. She has written numerous articles, is an accomplished screenwriter and public speaker, and has appeared on several national news and history programs. Most recently, she served as historical consultant for the film Harriet and Showtime’s The Good Lord Bird miniseries. She has also been a featured public historian for several documentaries, including the acclaimed miniseries Grant. Coleman is the recipient of numerous awards, including honorary doctorates from William & Mary, Virginia Commonwealth University, and the University of the South. In 2018, Time magazine named her one of the 31 People Changing the South, and in 2019 Worth magazine named her one of the 29 Women Changing the World.

Sven Beckert researches and teaches the history of the United States in the 19th century, with particular emphasis on the history of capitalism, including its economic, social, political, and transnational dimensions. He is author of Empire of Cotton: A Global History, the first global history of the 19th century’s most important commodity. The book won the Bancroft Prize, the Philip Taft Prize, and the Cundill Recognition for Excellence and was a finalist for the Pulitzer Prize. The New York Times named it one of the 10 most important books of 2015. Beckert’s other publications have focused on the 19th-century bourgeoisie, on labor, on democracy, on global history, and on connections between slavery and capitalism. Currently, he is working on a history of capitalism. Beckert teaches courses on the political economy of modern capitalism, the history of American capitalism, Gilded Age America, labor history, global capitalism, and the history of European capitalism. Together with a group of students, he has also worked on the historical connections between Harvard and slavery and published Harvard and Slavery: Seeking a Forgotten History. Beckert is co-chair of the Program on the Study of Capitalism at Harvard University and co-chair of the Weatherhead Initiative on Global History. Beyond Harvard, he co-chairs an international study group on global history, is co-editor of the book series America in the World (Princeton University Press), and has co-organized a series of conferences on the history of capitalism. He is a 2011 Guggenheim Fellow. He also directs the Harvard College Europe Program.

Makeda Best is the Richard L. Menschel Curator of Photography at the Harvard Art Museums. Her exhibitions include Time is Now—Photography and Social Change in James Baldwin’s America (2018), Winslow Homer: Eyewitness (2019), and Crossing Lines, Constructing Home: Displacement and Belonging in Contemporary Art (2019–20). Her most recent exhibition is Devour the Land: War and American Landscape Photography since 1970 (Fall 2021). Prior to joining Harvard, she held professorships at the University of Vermont and the California College of the Arts. She has written for numerous catalogues and journals, most recently for the National Gallery of Poland, Kunsthalle Mannheim, the Archives of American Art Journal, the James Baldwin Review, and the Rhode Island School of Design’s Manual. Her most recent book is Elevate the Masses: Alexander Gardner, Photography, and Democracy in Nineteenth-Century America (Penn State University Press, 2020). She is co-editor of Conflict, Identity, and Protest in American Art (2016). Her current book projects explore the intersection between photography, gender, race, and ecological issues. At Harvard, she teaches courses in curatorial practice and in the history and theory of photography. She holds an M.F.A. in studio photography from the California Institute of the Arts and a Ph.D. from Harvard University.

Tomiko Brown-Nagin is an award-winning legal historian, an expert in constitutional law and education law and policy, a member of the American Academy of Arts and Sciences, a member of the American Law Institute, a fellow of the American Bar Foundation, and a distinguished lecturer for the Organization of American Historians. She has published articles and book chapters on a wide range of topics, including the Supreme Court’s equal protection jurisprudence, civil rights law and history, the Affordable Care Act, and education reform. Her 2011 book, Courage to Dissent: Atlanta and the Long History of the Civil Rights Movement (Oxford University Press), won six awards, including the Bancroft Prize in U.S. History. In her new book (Pantheon; forthcoming January 2022), she explores the life and times of Constance Baker Motley, the pathbreaking lawyer, politician, and judge. In 2019, Brown-Nagin was appointed chair of the Presidential Committee on Harvard and the Legacy of Slavery, which is anchored at the Radcliffe Institute for Advanced Study. She has previously served as faculty director of Harvard Law School’s Charles Hamilton Houston Institute for Race & Justice and as co-director of Harvard Law School’s law and history program, among other leadership roles. She earned a law degree from Yale University, where she served as an editor of The Yale Law Journal; a doctorate in history from Duke University; and a B.A. in history from Furman University. Brown-Nagin held the 2016–17 Joy Foundation Fellowship at the Radcliffe Institute for Advanced Study and became dean of the Institute in July 2018. 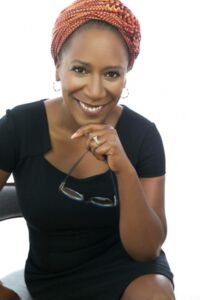