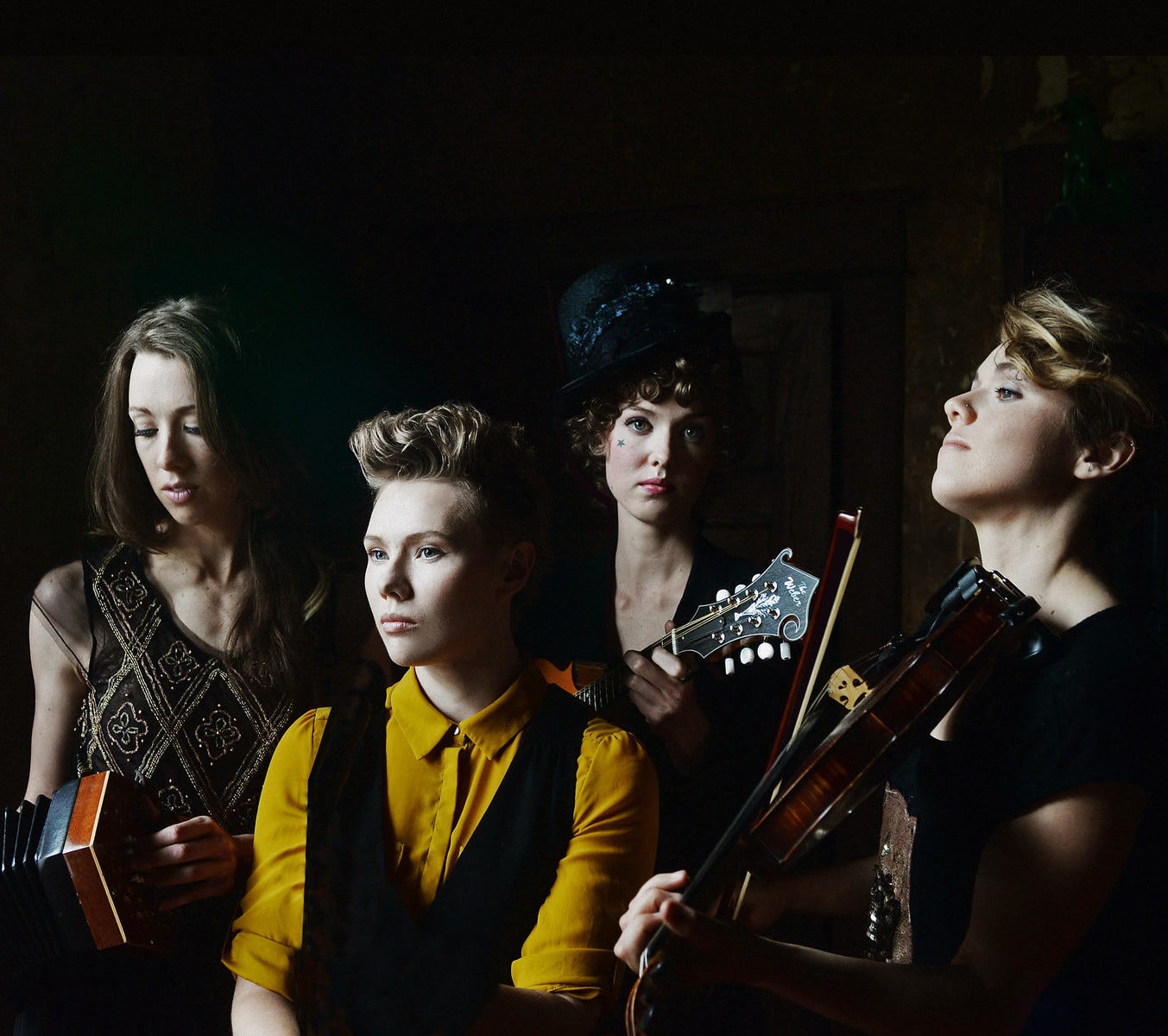 The billowing curtains of sound on Just Crazy Enough, the second full length album from virtuoso indie-folk band SHEL, will be both familiar and far-out to fans of the exciting sister quartet.

The classically inspired mandolin, violin and piano are there, along with the band’s glowing vocal harmonies. But we also hear dense, ethereal textures that hover between the digital and the analog. Grooves are deeper, emboldened with electronic ambience and beat-boxing. The overall effect sheds light on their broad collection of influences, from the daring rock bands of the 60s to the contemplative composers of the 18th Century, and even the waves of modern electronica. Because or in spite of this effervescent mashup, Just Crazy Enough is a masterful move for SHEL. It’s the integral, front-to-back album statement the band has been preparing to make since they began making music.

Dynamic change and self-searching was inevitably going to be a big part of SHEL’s story in these early career years. Sisters Eva, Hannah, Sarah and Liza Holbrook are, after all, twenty-something women, born in a five-year span and raised in a bohemian, art-loving family in Fort Collins, CO. Each found an instrument to master early on, studying classical music while composing and arranging unique works for their anomalous instrumentation, violin, mandolin, piano and drums. They gained performing experience working with their songwriter father, and soon had festival promoters and media figures championing their fresh, intricately drawn sound.