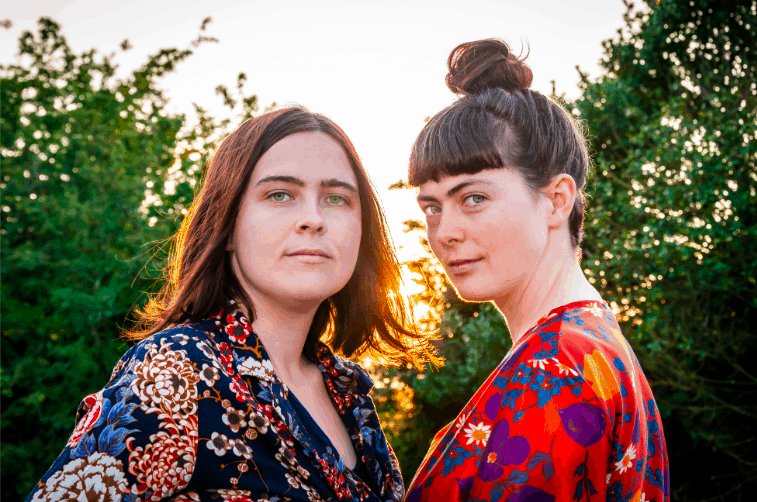 Multi-award-winning Melbourne contemporary folk outfit, The Maes (formerly The Mae Trio) is the brainchild of sisters Maggie and Elsie Rigby.  Born into the arms of the Folk music community in Australia, both sisters were side of stage at their first folk festival when they were four weeks old and have been absorbing and exploring folk music since that time.

The Maes’ latest, self-titled record set for release in May 2019 is a return to the sisters’ folk music roots. Gentle, intimate and conversational, the album is an unadorned showcase of Maggie and Elsie’s superb songwriting as well as honest, relaxed and stunning vocal and instrumental performances.

Since 2014, The Maes have been full time touring in Australia and overseas, winning over audiences with their striking songwriting, intricate instrumental arrangements and stunning vocal harmonies. The band’s touring history includes a list of some of the worlds largest and most prestigious music festivals such as, the Woodford and Port Fairy Folk Festivals in Australia, The Edmonton and Vancouver Folk Festivals in Canada, Cambridge Folk and Celtic Connections festivals in the UK and the Telluride Bluegrass Festival in the USA.