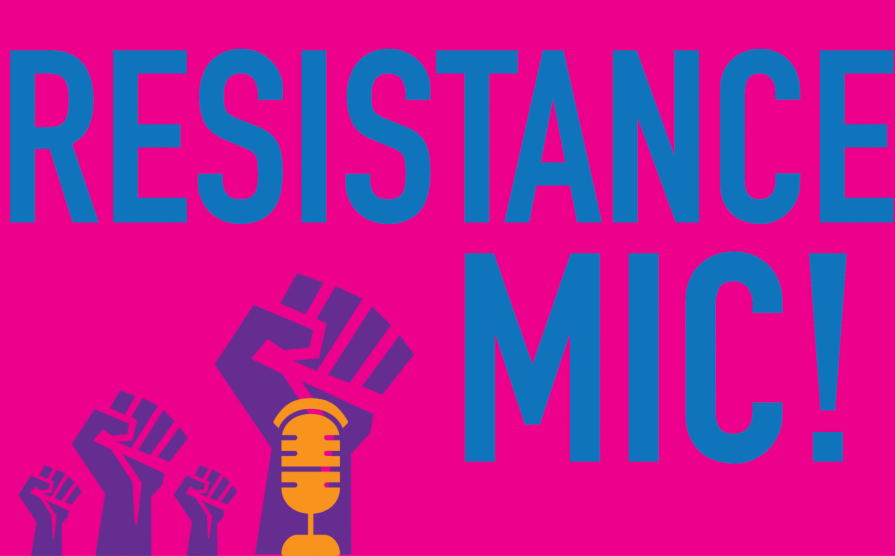 The 2016 election inspired a broad-based Resistance not seen in the United States in decades. People from all walks of life have been protesting, marching, mobilizing, and organizing in an effort to take back the country and create a more compassionate and just world. Artists are vital to this work. The American Repertory Theater, in collaboration with the literary magazine Pangyrus, welcomes the third season of Resistance Mic!, a series of intimate, curated evenings where a diverse collective of artists will take the stage to perform truth to power in these troubled times.

Launched on November 9, 2017—the one-year anniversary of the day after the 2016 election—Resistance Mic! is part of the A.R.T. of Human Rights series, an ongoing collaboration between the American Repertory Theater and Harvard Kennedy School’s Carr Center for Human Rights Policy. The host is Timothy Patrick McCarthy.