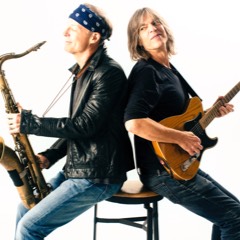 One of the most esteemed electric guitarists of his generation, Mike Stern has distinguished himself over a four-decade career that has encompassed musical partnerships with Blood, Sweat & Tears, Billy Cobham, Miles Davis, Jaco Pastorius, the Brecker Brothers and Joe Henderson, as well as 16 recordings as a leader (six of which were nominated for GRAMMY® Awards). An electrifying soloist whose blistering chops combine rock-fusion firepower with sophisticated jazz harmonies and his inherently bluesy string bending prowess, Stern has the ability to instantly elevate the proceedings on any gig or session he plays by channeling the spirits of his own personal guitar heroes Jimi Hendrix, Wes Montgomery, Jim Hall and Albert King.

Born in Boston on January 10, 1953, Stern grew up in Washington, DC, then returned to Boston to study at the Berklee College of Music. He got his first big break with Blood, Sweat & Tears in 1976 at age 23. After touring and recording for two years with the popular rock band he was recruited by drummer Billy Cobham for a stint in his powerhouse fusion band Glass Menagerie from 1979 to early 1981. Stern was subsequently recruited by Miles Davis and was part of the jazz legend’s celebrated comeback band (with bassist Marcus Miller, drummer Al Foster, percussionist Mino Cinelu and saxophonist Bill Evans), making his public debut with Miles on June 27, 1981 at the KIX nightclub in Boston, a performance documented on the 1982 live album We Want Miles. During his three-year period with Miles, Stern appeared on two other recordings with the jazz maestro – 1981’s Man with the Horn and 1983’s Star People. He later toured with Jaco Pastorius’ Word of Mouth Band from 1983 through 1985 then returned to Miles’ lineup for a second tour of duty that lasted close to a year.

Evans is a world-class saxophonist and producer who made his debut on the international music scene in the 1980s originally with Miles Davis, (at the age of 21 years old and recorded 6 records with Davis) which led to playing with the likes of John McLaughlin, Herbie Hancock, Mick Jagger and Willie Nelson to name a few. With 24 solo albums, Grammy nods, and countless collaborations and tours, Evans has continued to explore a dazzling variety of adventurous musical settings as a pioneering bandleader, consistently winning fans in the worldwide arena. RECENT HIGHLIGHTS include touring and/or performing with his own Bill Evans Band as well as Warren Haynes, Robben Ford (Soulgrass meets Blues), Phil Lesh & Friends, The Stern/Evans Band, Medeski Martin & Wood, and countless sit-ins with The Allman Brothers Band, Umphrey’s Mcgee, Moe, Blues Traveler, Galactic and more. Evans will be spending much of his time touring with the Bill Evans Band in support of his new album “Rise Above”.