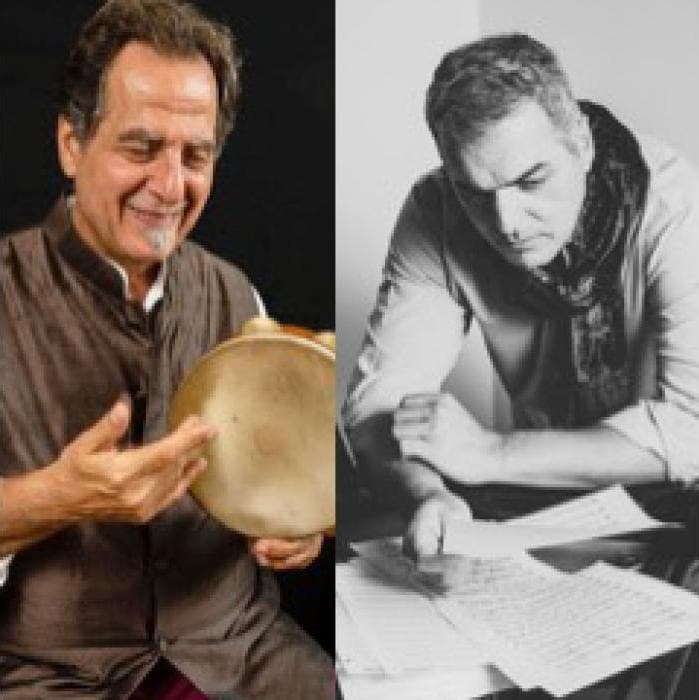 Blanco was born in the Venezuelan Andes where he absorbed folk music genres that were a mix of Afro-Caribbean, North American and European musical styles. By age eleven he was a violinist in the Merida Youth Symphony Orchestra. In 1996, his interest in world music and jazz brought him to Boston’s Berklee College of Music and he later earned a Master’s Degree in Composition at New England Conservatory.

In 1997 Blanco became the first Latin American to win to the prestigious Boston Jazz Society Award. The next year, he received the Billboard Grant Award for his commitment, achievement and contribution to society through music. Currently, he is a faculty member at Berklee College of Music.
Blanco has shared the stage with major international jazz artists including Terence Blanchard, Pat Metheny, Chucho Valdez (Irakere) and Joao Bosco. He has performed at numerous festivals including the Montreaux Jazz Festival, North Sea Jazz Festival, Newport Jazz Festival, Monterey Jazz Festival, Edinburgh International Festival and the Latino Festival and at the Kennedy Center. Blanco has produced and composed four albums under his name.

Percussionist JAMEY HADDAD, Born in Cleveland, Ohio, percussionist/drummer Jamey Haddad holds a singular position in the world of jazz and contemporary music. Haddad’s musical voice transcends styles and trends, and the universal quality of his playing has attracted many international collaborations. Born of Lebanese descent, he is regarded as one of the foremost world music and jazz percussionists in the United States.

Most recently, Haddad performs with Paul Simon, one of America’s most respected songwriters and musicians, as Paul was the recipient of the first annual Library of Congress Gershwin Prize for Popular Song. Names in honor of the legendary George and Ira Gershwin, this newly created award recognizes the profound and positive effect of popular music on the world’s culture. Jamey Has been a member of Paul’s band for 8 years.. Jamey is the recipient of three National endowments for the Arts Performance Grants and a Fulbright Fellowship. He can also be heard on more than 150 recordings and routinely has articles published internationally relating to the experiences of the contemporary world musician.

He joined the faculty of Oberlin Conservatory in 2011, where he is professor of advanced improvisation and percussion.