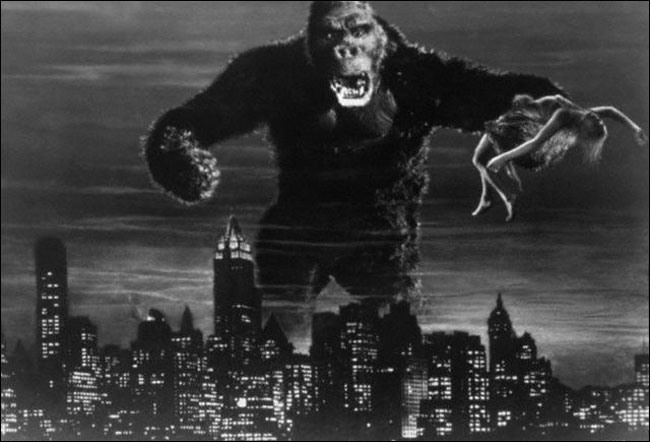 FILMS FOR KIDS OF ALL AGES

Double Feature with BEAUTY AND THE BEAST

Another variation on Beauty and the Beast finds screamqueen Fay Wray becoming the object of fascination and affection for a giant ape.

“The big guy wasn’t really a monster. He was a fool for love… The posters depicted Kong as vicious and crazed with destructive impulses. But he didn’t want to demolish a subway car full of screaming passengers or squash hapless bystanders with his big, hairy feet. He just wanted Fay Wray—even though she screamed a lot.

He never wanted to be at the center of one of the iconic monster movies. But he was, bless his little aluminum heart. There have been spin-offs … and remakes, and the King’s title was usurped for a while by an upstart named Presley. But there’s only one King of the twentieth century, and his name is Kong. Accept no substitutes.”
– Jay Carr, For Kids of All Ages