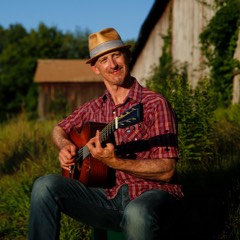 Ben Gundersheimer (MISTER G) is a Latin GRAMMY Award-winning artist, author, activist, and educator. Hailed as “a bilingual rock star” by the Washington Post, he tours internationally playing everywhere from Lollapalooza and Lincoln Center to climate change rallies on Capitol Hill. His spirited bilingual performances aim to help children see each other across borders and foster cross-cultural connections.

As an outspoken environmental activist, Ben believes that children are “the most creative and resilient drivers of social change.” He describes his work as “leveraging the power of music to educate, inspire, and empower young people to help solve the most pressing issues of our time.”

Born and raised in Philadelphia, Ben Gundersheimer is a graduate of Amherst College and the recipient of the first songwriting scholarship awarded by the Berklee College of Music. For his Master’s of Education thesis, Ben created a curriculum that incorporated songwriting as a learning tool. Dubbed `Mister G by his 4th grade students, he began writing the songs that would comprise his debut family album while working as a classroom teacher.