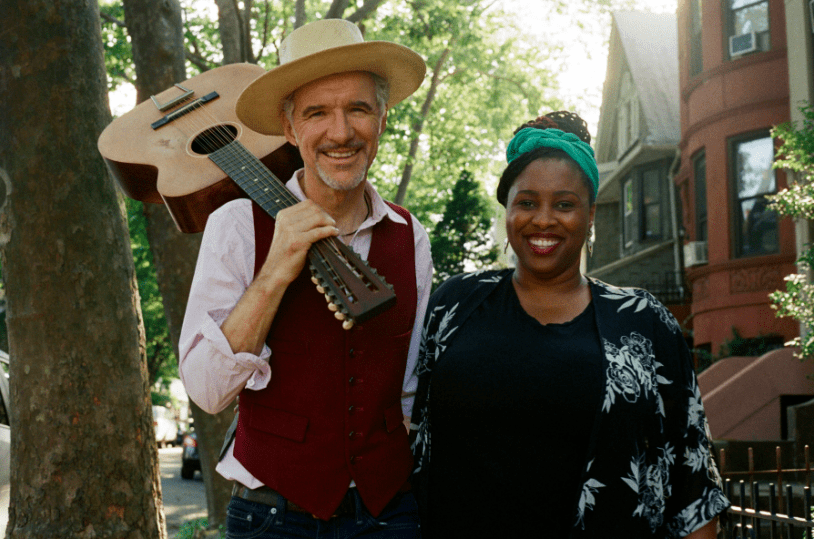 From thrift shop basements to Carnegie hall, from Brooklyn to Bahrain, Zanes has been introducing new songs and reconnecting people to the forgotten music of the past. Referred to as “the family-music genre’s most outspoken and eloquent advocate” by Time Magazine, his critically-acclaimed music has been featured on Sesame Street, Playhouse Disney, Nickelodeon, HBO Family and Sprout. Over the course of 15 albums, 2 DVDs, 2 picture books, and dozens of videos, he has collaborated with Philip Glass, Lou Reed, Angelique Kidjo, Natalie Merchant, Carol Channing, Sharon Jones, Bob Weir, Debbie Harry, Rosanne Cash, The Blind Boys of Alabama, and many more.

Claudia Eliaza is an exuberant Haitian American songstress with a fragrantly rich voice that captivates her audience at large. Having performed at the world-famous Carnegie Hall, Claudia continues to perform in other prestigious venues such as, the Jazz Philharmonic Hall in St. Petersburg Russia, and the Berklee Performance Center. Claudia has sung and worked with legendary artists including, Barbara Morrison, Nancy King, and Keith Lockhart. With outstanding success, Claudia has also toured within the US, England, Germany, Australia, New Zealand, Ashdod Israel, Kenya Africa and all throughout Russia. Her passion for music reaches beyond her performance life. Claudia is a Board Certified Music Therapist in the Boston area where she directs the Music Therapy Program at Community Music Center of Boston. She believes that music has the power to break down walls and build bridges while fostering meaningful connections across generations.