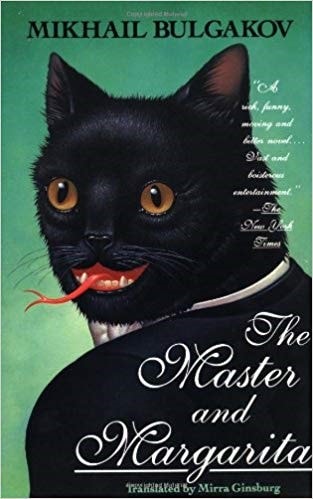 The Harvard Square Book Circle, our in-store book club, discusses Mikhail Bulgakov’s The Master and Margarita, a darkly bejeweled, wildly entertaining, and long suppressed parable of life under the craven absurdities of tyranny.

About The Master and Margarita

Suppressed in the Soviet Union for twenty-six years, Mikhail Bulgakov’s masterpiece is an ironic parable of power and its corruption, good and evil, and human frailty and the strength of love. Featuring Satan, accompanied by a retinue that includes the large, fast-talking, vodka drinking black tom cat Behemoth, the beautiful Margarita, her beloved—a distraught writer known only as the Master—Pontius Pilate, and Jesus Christ, The Master and Margarita combines fable, fantasy, political satire, and slapstick comedy into a wildly entertaining and unforgettable tale that is commonly considered one of the greatest novels ever to come out of the Soviet Union.