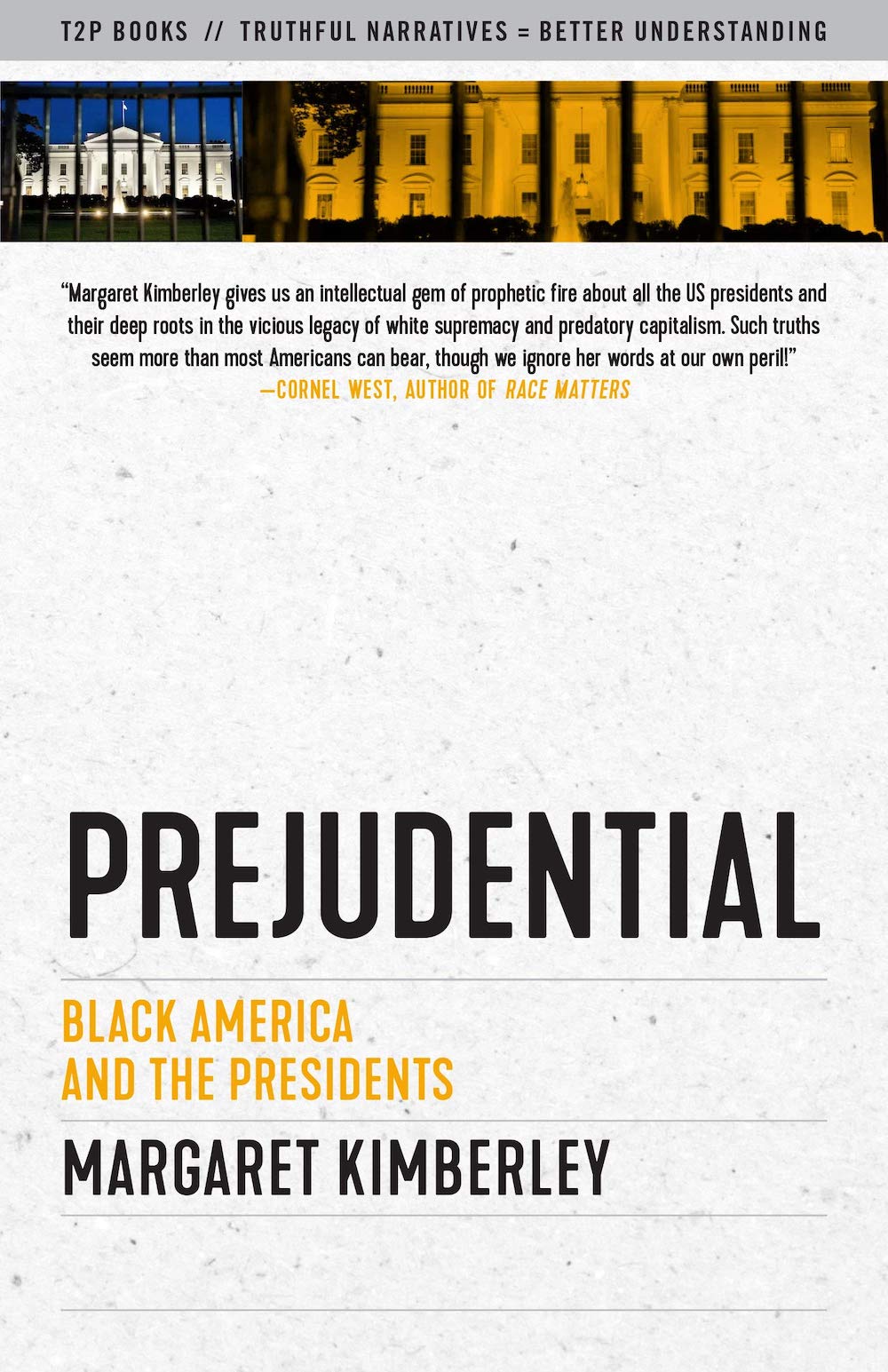 Prejudential: Black America and the Presidents

in conversation with REVEREND IRENE MONROE

Harvard Book Store and Mass Humanities welcome MARGARET KIMBERLEY—editor and senior columnist for Black Agenda Report—for a discussion of her book, Prejudential: Black America and the Presidents. She will be joined in conversation by celebrated writer, speaker, and theologian Reverend IRENE MONROE.

While payment is not required, we are suggesting a $3 contribution to support this author series, our staff, and the future of Harvard Book Store—a locally owned, independently run Cambridge institution. In addition, by purchasing a copy of Prejudential on harvard.com, you support indie bookselling and the writing community during this difficult time.

Prejudential is a concise, authoritative exploration of America’s relationship with race and black Americans through the lens of the presidents who have been elected to represent all of its people.

Throughout the history of the United States, numerous presidents have left their legacies as slaveholders, bigots, and inciters of racial violence, but were the ones generally regarded as more sympathetic to the plight and interests of black Americans—such as Lincoln, FDR, and Clinton—really much better? And what of all the presidents whose relationship with black America is not even considered in the pages of most history books? Over the course of 45 chapters—one for each president—Margaret Kimberley enlightens and informs readers about the attitudes and actions of the highest elected official in the country. By casting sunlight on an aspect of American history that is largely overlooked, Prejudential aims to increase awareness in a manner that will facilitate discussion and understanding.

“Margaret Kimberley gives us an intellectual gem of prophetic fire about all the U.S. presidents and their deep roots in the vicious legacy of white supremacy and predatory capitalism. Such truths seem more than most Americans can bear, though we ignore her words at our own peril!” —Cornel West, author of Race Matters

“[Prejudential] belongs on the shelf next to the works of Howard Zinn and Roxanne Dunbar-Ortiz. It should be required reading in every school.” —Counterpunch