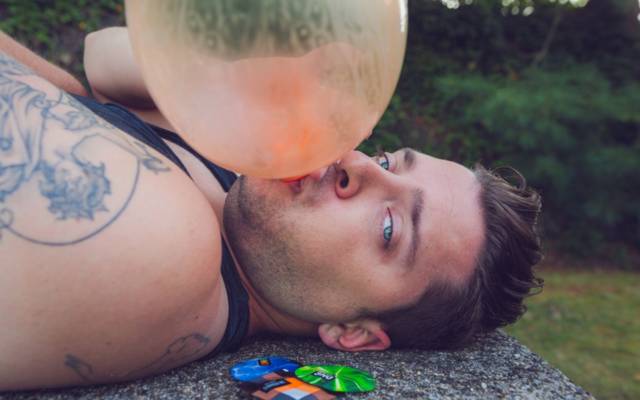 “This will undoubtedly be the most candid talk about STDs you’ll ever sit through, and probably the funniest.” – Orlando Weekly

“Brooks tells his tale with wit, humor and a raised eyebrow that would challenge The Rock in facial hair supremacy.” – Watermark Online, Orlando

In this hilarious (and borderline-terrifying) story series, Lucas Brooks (also known as The Intellectual Homosexual) looks back on his many close encounters of the sexually transmissible kind. Guided by his trusty cootiecatcher (fortune teller, chatterbox, whatever you want to call it) and some sweet, sweet dance moves, he recalls his days of bouncing around New York City’s sexual landscape, dodging cooties like a very sexy game of Pong. Through his naked (yet carefully wrapped) adventures, he struggles with his ability to remain sex-positive in the face of a slut-shaming and STI-phobic society.