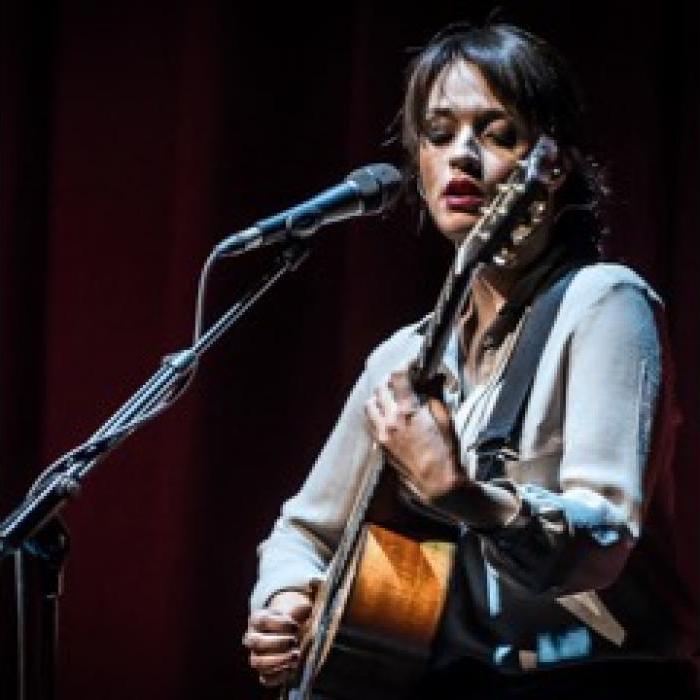 She was the first Italian woman artist to ever tread the stage of the Olympic Stadium in Rome, she has been the only Italian artist to participate, in Ethiopia, at the celebrations of the anniversary of the death of Bob Marley, she performed as headliner in Central Park, scored 3 sold out in New York. founded her own label – the Narciso Record – been inspired by Verga and mythology, brought in her songs also Arabic and French, was the first woman in the long history of the Tenco Club to win the Targa Tenco as Best Album of the Year with “Elettra” and was the first woman invested in the role of Maestro Concertatore (Art Director and Conductor) for the “Concertone della Notte della Taranta”. She was nominated Goodwill Ambassador of Unicef and Ambassador of “Telefono Rosa”, won the Amnesty Italia Award for the track “Mio Zio”: the career of Carmen Consoli is studded with primacies.