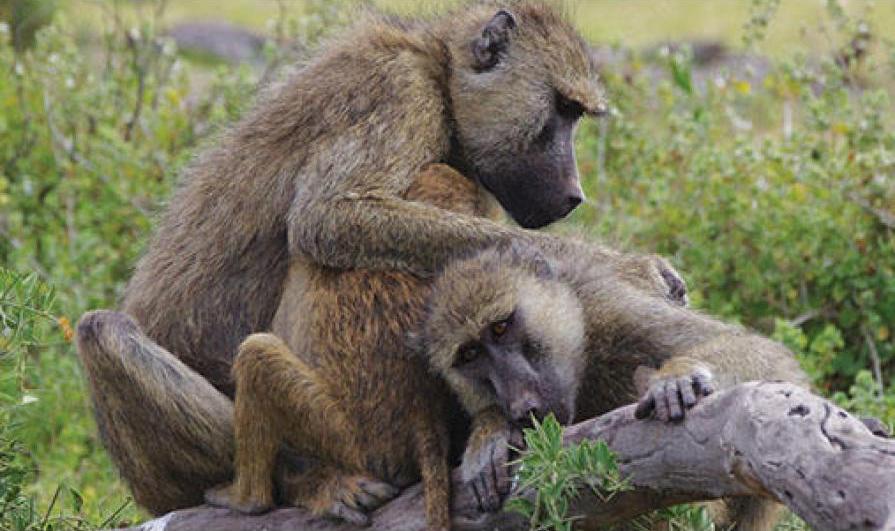 The social environment—both in early life and adulthood—has major effects on human health and survival. But how and why does the social environment get “under the skin” to also affect our physical health? Susan Alberts pursues this question by studying wild baboons in Kenya. Baboons, like humans, evolved as savannah dwellers. They rely on social relationships to solve problems and—like humans—their lives depend on these relationships. Alberts will discuss how the balance between the challenges and opportunities of social life affects health and belonging in both humans and baboons.

Series supported by a generous gift from Drs. Herman and Joan Suit

Susan Alberts studies the behavior, ecology, physiology, and genetics of wild populations of large mammals. She has spent thirty-five years studying wild primates in Kenya as part of the Amboseli Baboon Research Project, based in southern Kenya. She also studied the socioecology of African elephants for ten years, publishing work on female and male social relationships and mating behavior, and ecological predictors of elephant group dynamics. Her recent work has focused on leveraging the rich potential of long-term, prospective, longitudinal data on the baboons of the Amboseli basin in Kenya to generate insights about the social and biological determinants of health and survival. She received her Ph.D. from the University of Chicago, where she also pursued postdoctoral research as a National Institutes of Health Fellow. She has also been a Junior Fellow at Harvard University and a Bunting Fellow at the Radcliffe Institute for Advanced Study. Alberts has been on the faculty of Duke University since 1998, where she supervises undergraduate and graduate students as well as postdoctoral researchers. She spends several months each year at her field site in Kenya, and is based in Durham, North Carolina.