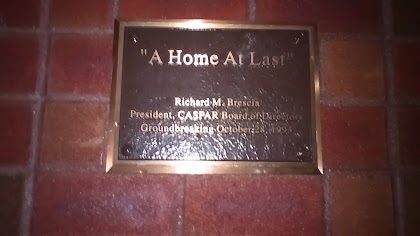 CASPAR (Cambridge And Somerville Programs for Addiction Recovery) is a community-based non-profit organization founded in 1970 in response to growing community need for substance abuse treatment. At that time, no treatment options existed other than local hospital emergency rooms for the 10% of the population affected by substance use disorders. The decriminalization of alcoholism in Massachusetts in the early 1970s—a legislative initiative spearheaded by CASPAR’s founders— reinforced CASPAR’s recognition that people with substance use disorders require treatment, not incarceration.

Since 1970, CASPAR has grown from a single halfway house for men and a shelter for homeless men and women, to a comprehensive array of services that provide access to people wherever they are on the substance use/abuse/recovery continuum. From street outreach to aftercare housing, CASPAR’s programs all reflect a shared commitment to non-judgmental, client-centered care for men and women who struggle with sobriety. In July 2014, CASPAR became part of Boston-based Bay Cove Human Services, joining forces with another agency with more than 40 years’ experience in the field of addiction services, and a shared philosophy and approach to caring for men and women with substance use disorder.

Today, CASPAR is widely recognized for its proactive programmatic response to emerging populations, trends in substance use, and evidence-based research. Its reputation as the leading provider of substance abuse services in the area, and a pioneer in cutting-edge service delivery, shapes CASPAR’s vision for the future of client-centered treatment for high-risk populations.