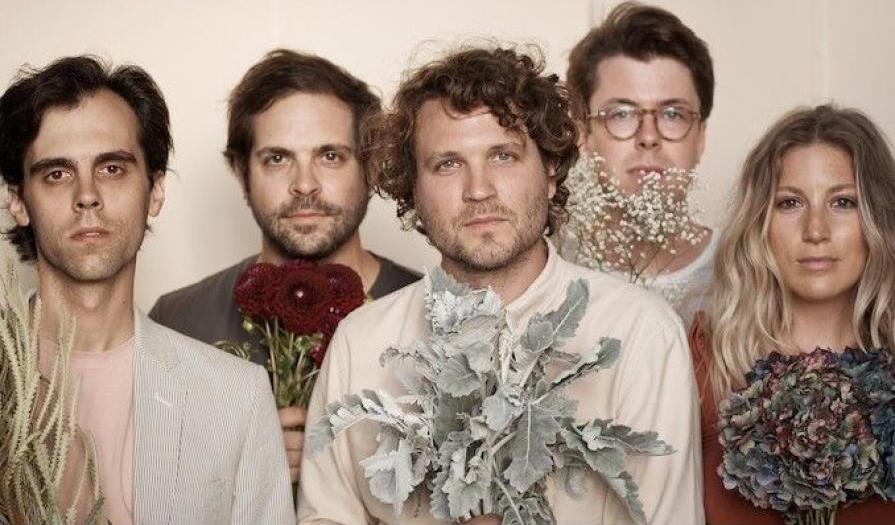 Ra Ra Riot – Wes Miles (vocals), Mathieu Santos (bass), Milo Bonacci (guitar), Rebecca Zeller (violinist), Kenny Bernard(drummer) – introduced its unique brand of indie pop to the world in 2006 and got off to a fast start. After signing to Barsuk, the band released four critically acclaimed records over the next 10 years including 2016’s Need Your Light ,which earned praise from NPR, Pitchfork, Entertainment Weekly, Stereogum and more. That album spawned the band’s biggest hit to date, “Water,” a collaboration with longtime creative partner Rostam Batmanglij, which has streamed more than 75 million times globally. On August 9, 2019 the band returned with Superbloom , an impossibly radiant album, a selection of songs powered by the most imaginative yet indelible melodies they’ve ever dreamed up. At the same time, the band maintains the offbeat eclecticism they’ve embraced since first forming as a baroque- pop outfit back in the mid-2000s, embedding Superbloom ’s lavish arrangements with elements of psychedelia, new wave, punk, and country. Lead tracks, “Bad To Worse,” “Flowers” and “Belladonna” have quickly become fan favorites.
Ra Ra Riot have continued to create some of the most fun live environments in indie rock, headlining worldwide and sharing tours with Jimmy Eat World, Third Eye Blind, Young The Giant, Death Cab For Cutie, The Postal Service, The Shins and others and impressing on festival stages including Coachella, Austin City Limits, Icelandic Airwaves Festival, Lollapalooza and more. They look forward to bringing Superbloom to life on stages around the world over the next year.
Add To Calendar
+ Google Calendar+ Add to iCalendar