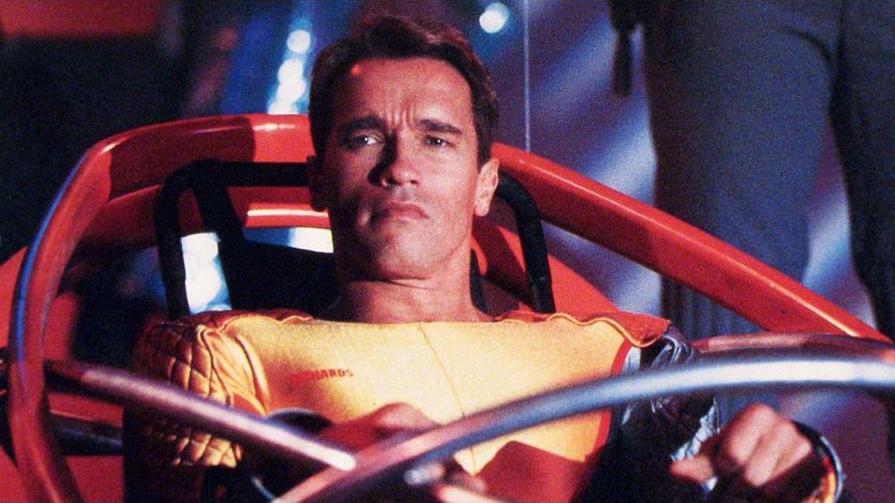 Set in 2019 after the a global economic meltdown has left the U.S. under a totalitarian regime, THE RUNNING MAN features Schwarzenegger as a government scapegoat sent to compete on a deadly reality TV game show.

“[Schwarzenegger’s] appeal was universal. Like the disaster film, he returned cinema to its fairground origins, embodying the notion of the movie star as an expensive expanse of well-lit torso. His freakish, seemingly indestructible body was, as Time magazine would observe, ‘its own stunning special effect.’ He was the blockbuster given human—or at least humanoid—form.”
– J. Hoberman, Make My Day: Movie Culture in the Age of Reagan