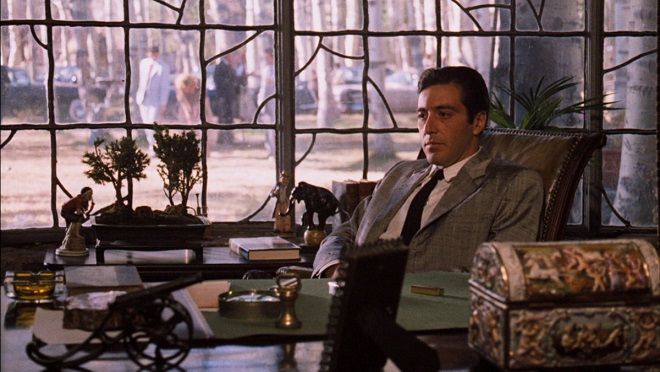 Double Feature with THE GODFATHER

Many people cite THE GODFATHER PART II as one of the rare sequels that is better than its predecessor… and when its predecessor is as great as THE GODFATHER, that’s saying something. This film becomes both increasingly focused and even more epic in scope than the first. The main action takes place during one year, 1958, as the new Don of the family solidifies his leadership but the film also takes time to flash back to the ‘origin story’ of Don Vito Corleone, here played as a young man by Robert De Niro.

Staff Pick! Cal: “The best sequel of all time THERE I SAID IT! And on film!”

“One of the greatest sequels ever.”
– Kate Muir, Times (UK)

“It is even better than the first film, and has the greatest single final scene in Hollywood history, a real coup de cinma.”
– Peter Bradshaw, Guardian