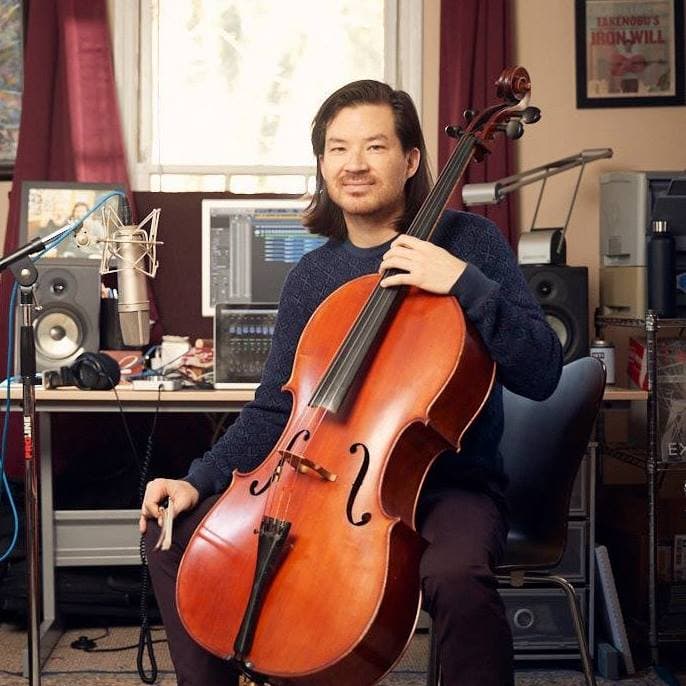 Takénobu is the moniker for Cellist and Composer Nick Takénobu Ogawa.  He has been a touring member of Kishi Bashi and is a composer for NPR’s Invisibilia, Netflix’s Last Chance U, and the upcoming documentary 42 Grams by Jack Newell about michelin star chef Jake Bickelhaupt.

In live performance he is joined by Kathryn Koch, who holds a Masters degree in Violin Performance and plays regularly with the Atlanta Symphony Orchestra, the Atlanta Opera, and Chattanooga Symphony and Opera.

Nick grew up in rural Vermont and began taking cello lessons at the age of 6. He participated in state and regional youth orchestras through high school, and decided to move away from traditional classical music at the age of 18. In 2006 he won the Williamsburg Live Singer Songwriter contest in Brooklyn New York and put the grand prize money towards the independent release of his first album, “Introduction” in 2007. In 2008 he was featured on the PBS program “Woodsongs Old Time Radio Hour,” which is syndicated to 497 different PBS affiliates throughout the US. Following this appearance his music began receiving increasing Pandora Internet Radio play, and currently has on average 1 million spins per month.

Takénobu has released 6 albums to date.