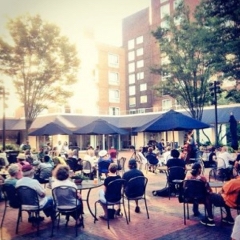 Once again The Regattabar at The Charles Hotel is partnering with Berklee College of Music for another exciting Courtyard Series of free music from Berklee students every Monday and Friday, starting in July. This partnership is part of Berklee’s Summer in the City Concert Series, featuring hundreds of free performances around the Greater Boston Area.