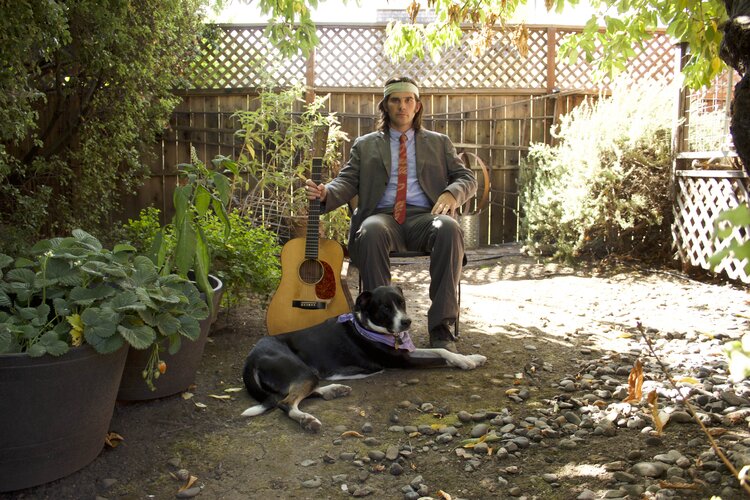 Polish-Colombian Stash Wyslouch is an avant-garde Bluegrass guitarist, singer and songwriter. His music delights in story-telling, improvisation and outer-space worthy composition. Despite his Heavy-Metal beginnings in middle and high school, Bluegrass music has been central to Wyslouch’s life for the past 15 years touring and recording with groups such as The Deadly Gentlemen, Bruce Molsky’s Mountain Drifters, The Jacob Jolliff Band, and Tony Trischka’s Early Roman Kings.

His 4th and most recent album “Plays and Sings Bluegrass Vol. II” was released April 30, 2021. Conceived as a gift back to the music that’s framed his career, “Plays and Sings Bluegrass Vol. II” is a collection of zanily deconstructed Bluegrass classics. “Wyslouch tries to approach bluegrass from completely new angles — upside down, sideways, an interdimensional vortex only accessible from within his own mind.” – WBUR.org (March 2021, A. Mason)