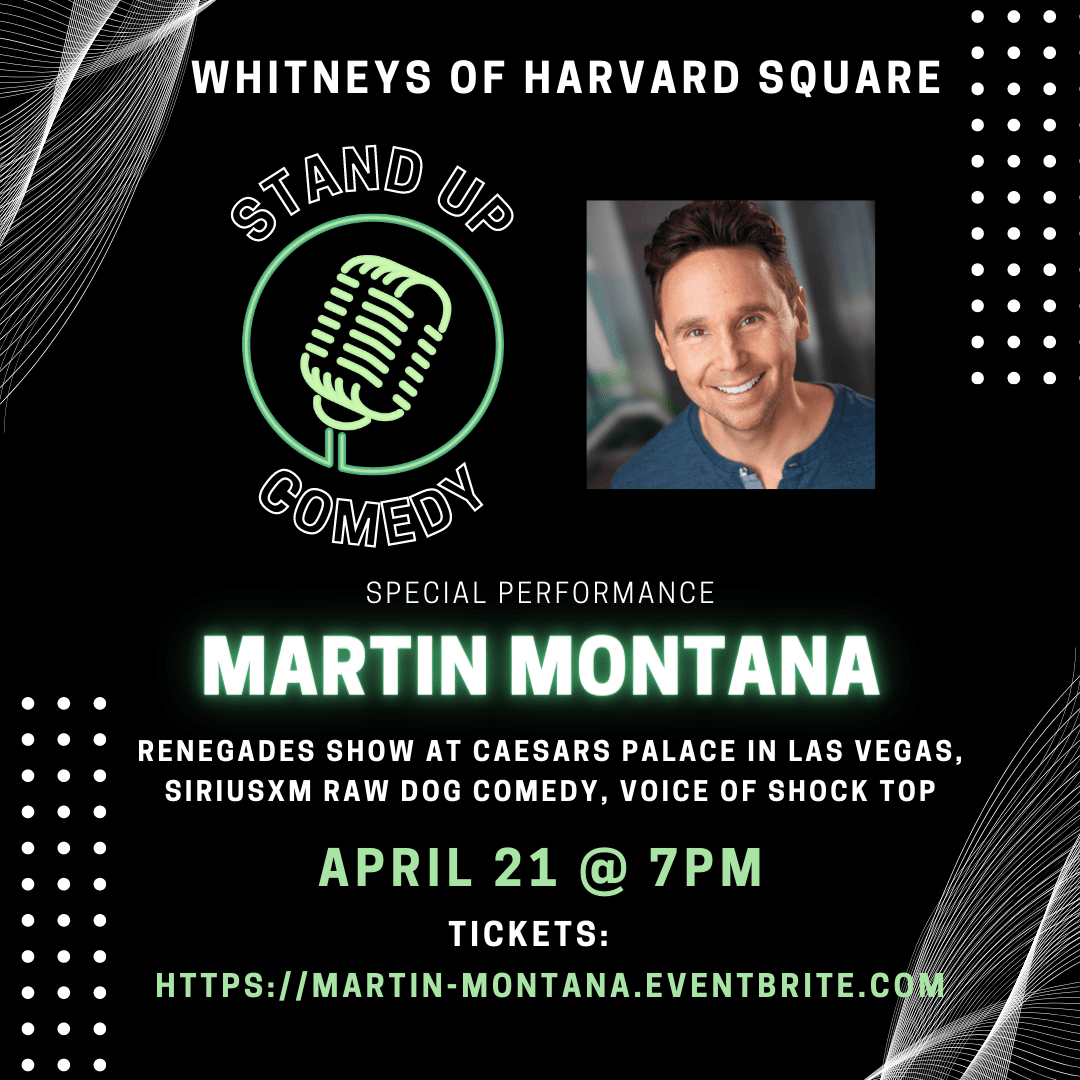 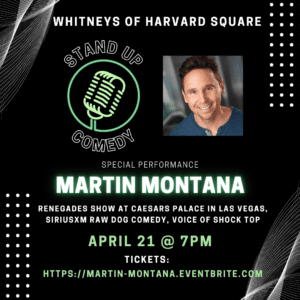 Martin Montana – Stand-up Comedian, former voice of Shock Top beer and host of Renegades at Caesar’s Palace in Las Vegas alongside Jose Canseco, Terrell Owens and Jim McMahon – is coming back to Boston (which is where he launched his comedy career in 2007) for one night only at Whitney’s in Harvard Square on Thursday, April 21st  from 7 – 8 p.m.

Martin began his comedy career in Boston, first performing at a fine bowling alley establishment, before setting his sights on NYC and onto LA. from there. Martin became the host of Renegades, a celebrity sports show at Caesar’s Palace in Las Vegas, where he persuaded Canseco, Owens and McMahon to tell stories from their respective playing days. Martin was also the voice of Shock Top beer, better known to most as the talking orange slice “Wedgehead” for 4 years. What began as a series of hidden camera unscripted ads, the campaign garnered over 10 million views and expanded into TV commercials, including one alongside TJ Miller, known for his role as Erlich Bachmann on HBO’s Silicon Valley.

Tickets to the show are $20 and can be purchased here.