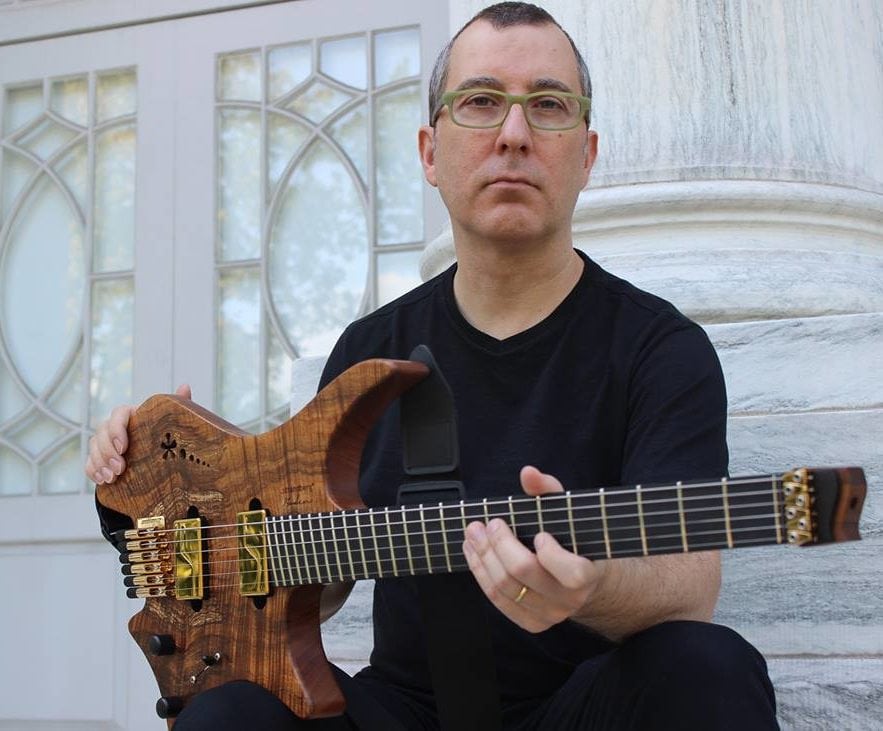 Based in Boston, USA, Gustavo Assis-Brasil began playing the guitar at the age of 13. He attended the Federal University of Santa Maria, Brazil, to get his bachelor in classical guitar in 1995. During those years, he worked as a studio musician, private teacher and played with some important bands and projects (Nocet, Bichofolha duo w/Guilherme Barros).

In 2005, Gustavo released the book “Hybrid Picking for Guitar”. This book is the first method entirely dedicated to the art of combining pick and fingers to play the guitar. The book is in its 3rd edition and it has been receiving praise worldwide.  In 2008, he released the follow up book “Hybrid Picking Exercises: Single Note Permutations”, with more than 1,400 different exercises based entirely on math permutations.  In 2011, Gustavo released his third book, “Hybrid Picking Lines and Licks”. Guthrie Govan wrote the foreword for it.

In 2016, he released the album “Chromatic Dialogues”. It was in the ballot for the 2017 Grammy Awards.