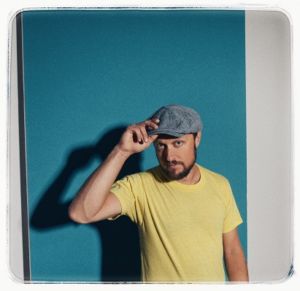 In 2005, Ryan Montbleau and his band headed into Applehead Recording in Saugerties, New York, to cut their debut album. With nothing more than ambition and a relentless work ethic to their names, they bootstrapped the whole thing, maxing out credit cards to fund it themselves and launch their careers from the ground up. Twelve years, eleven records, thousands of shows, and 60 million Spotify streams later, Montbleau returned to the studio for a special one-night-only concert that would become the latest entry in his venerable catalog: ‘Woodstock Sessions.’

Recorded in front of an intimate audience, the album combines the pristine audio quality of a studio record with the contagious energy of a live album, an ideal fit for Montbleau’s intimate, honest lyrics and spirited, dynamic delivery. For his performance that night, Montbleau was backed not by his usual touring band, but by the acclaimed Boston duo Tall Heights (cellist Paul Wright and guitarist Tim Harrington), a collaboration that yielded fresh perspective on the music and fleshed out his stripped-down acoustic performances with gorgeous vocal blends and elegant instrumental arrangements. The unusual setting also pushed Montbleau to step outside his comfort zone and take bold artistic risks, assembling a setlist that was equal parts reimagined retrospective and trial-by-fire as he mixed bare-bones versions of fan favorites with brand new tracks recorded for the first time that night.

While it was Montbleau’s ecstatic full band shows—often more than 200 of them a year—that first solidified his reputation as a live powerhouse and an inexorable road warrior, he’s no stranger to the raw acoustic setting. He began his musical journey as a solo artist in his native Massachusetts during the early 2000’s, and since then he’s gone on to collaborate as a performer and songwriter with Martin Sexton, Trombone Shorty, and Galactic among others, and share bills and stages with artists as diverse as Tedeschi Trucks Band, Ani DiFranco, The Wood Brothers, Rodrigo y Gabriela, and Mavis Staples. NPR’s Mountain Stage compared his “eloquent, soulful songwriting” to Bill Withers and James Taylor, while Relix hailed his unique brand of “poetic Americana,” and The Boston Herald raved that “he’s made a career of confident, danceable positivity.”