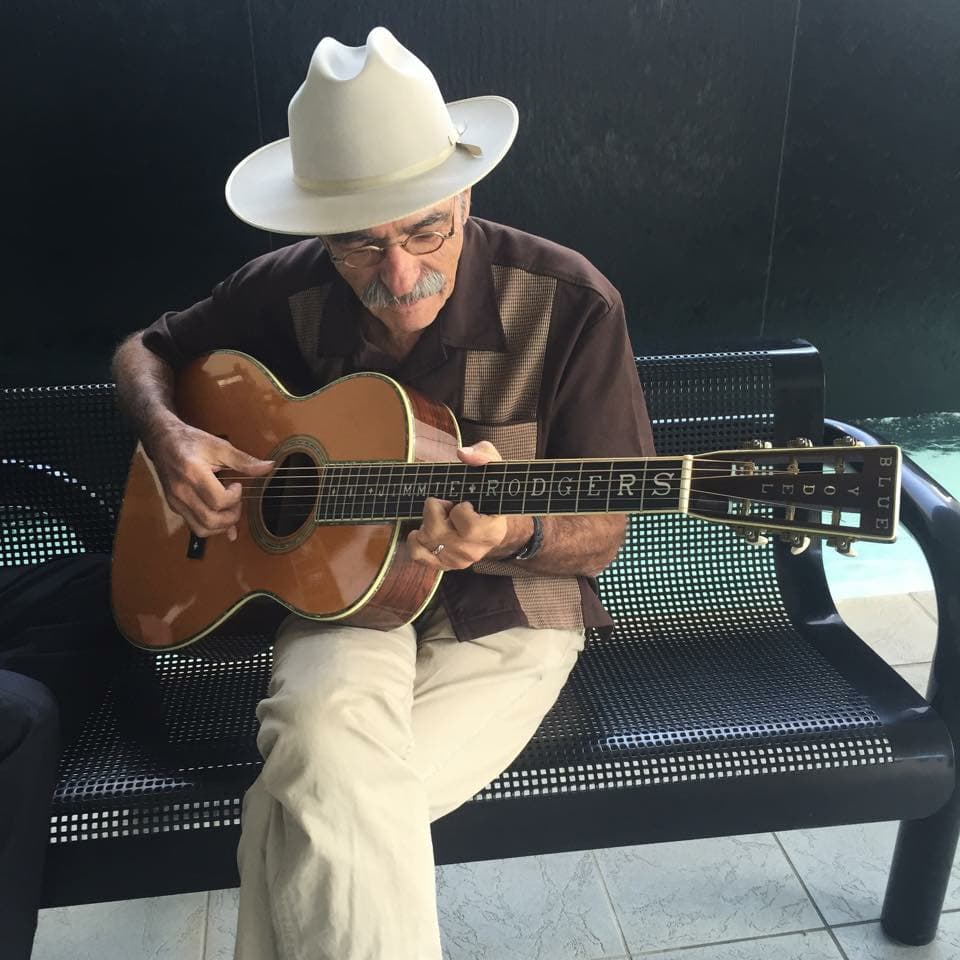 Singer-songwriter-storytelling-bluesman….. Roy Book Binder has been rambling around the world for the past 45 years!   He gave up his Greenwich Village “pad”  in the early 1970’s and lived in his “Tour Bus” for the next 15 years criss crossing the US and appearing at festivals  throughout Canada & Europe.

Book Binder, travelled with the legendary Rev. Gary Davis in the late 60’s….. The Book, recorded his first solo acoustic Blues album in the 70’s, which was the first to receive  5 stars in DOWNBEAT magazine!  In the  late 80’s ‘The Book’ was part of Bonnie Raitt’s  East Coast Tour, which included an appearance on The Grand Old Opry which led to almost 30 appearances on NASHVILLE NOW’s, Ralph Emory Show!   In the 90’s he often appeared  with JORMA KAUKONEN (who recorded 2 of Roy’s songs).

Last Aug. 19th,  THE GOOD BOOK, Roy’s latest release of all original songs, reached #3 on AirPlayDirect’s Americana charts!  #1 was Guy Clark & #2 was the late Townes Van Zandt.  Folkdj.org had Roy in the top 3 artists for July.