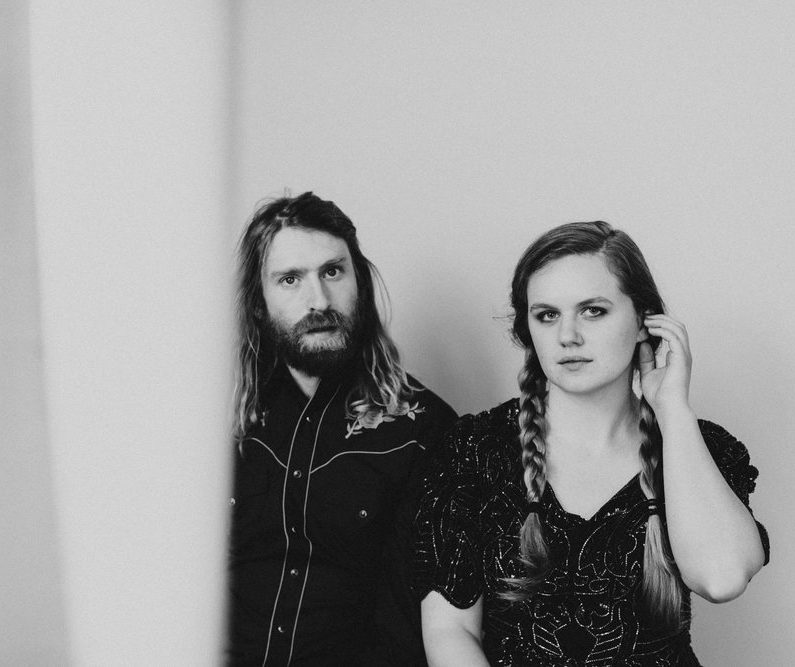 A broken-down van ranks pretty high on the list of worst-case scenarios for touring musicians. When it happened to Harper’s Ferry, West Virginia band Mink’s Miracle Medicine, though, it ended up being an important turning point for how they approach making music.

Comprising Melissa Wright and Daniel Zezeski, Mink’s Miracle Medicine are preparing to release Pyramid Theories, a new album the two began writing after their van broke down in Pittsburgh and they found themselves stranded for several days. That unintentional break gave Wright and Zezeski time to contemplate their shared musical philosophy, and they ultimately realized that they needed to make music for themselves, rather than trying to appease anyone else. When they got home, Wright immediately began writing what would become Pyramid Theories.

Pyramid Theories follows the duo’s 2017 debut album House of Candles. House of Candles was released to critical acclaim, premiering alongside a rave review on Noisey, which called the LP “a solid record that really establishes Wright and Zezeski not just as talented and articulate, but smart enough to be willingly vulnerable in a genre that doesn’t tend to reward legitimate emotions.”