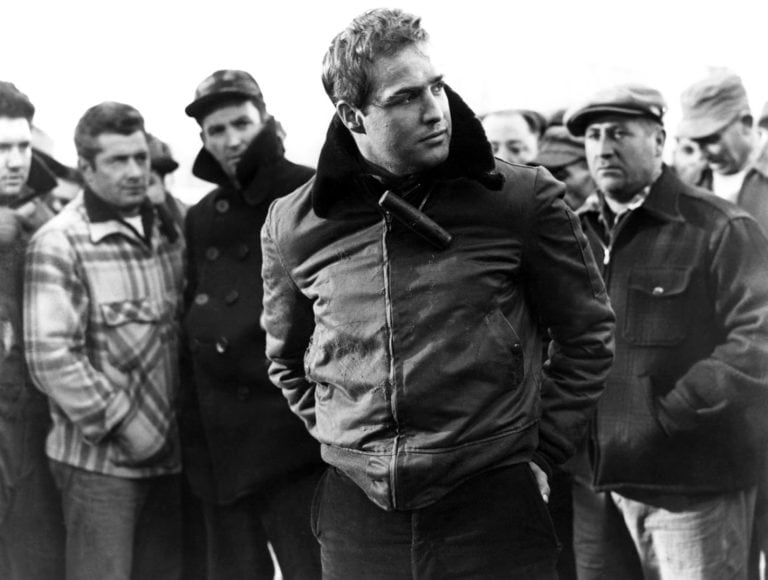 The Brattle is pleased to welcome William Mann, author of the new biography, The Contender: The Story of Marlon Brando, for this special book signing and film screening. In one of his many iconic roles, Brando plays Terry Malloy, a dockworker who is caught up with a mob-connected, corrupt union boss named Friendly (Cobb). When Terry finds himself connected to the murder of another dockworker, he develops a conscience – with the help of a well-meaning priest (Malden) and the beautiful sister of the victim (Saint) – and eventually finds the strength to stand up to Friendly.

Staff Pick! Joey: “A masterpiece on all fronts, from the fiery Budd Schulberg script to Leonard Bernstein’s timeless score.”

“It is still possible to feel the power of the film and of Brando and Kazan, who changed American movie acting forever.” – Roger Ebert, Chicago Sun-Times