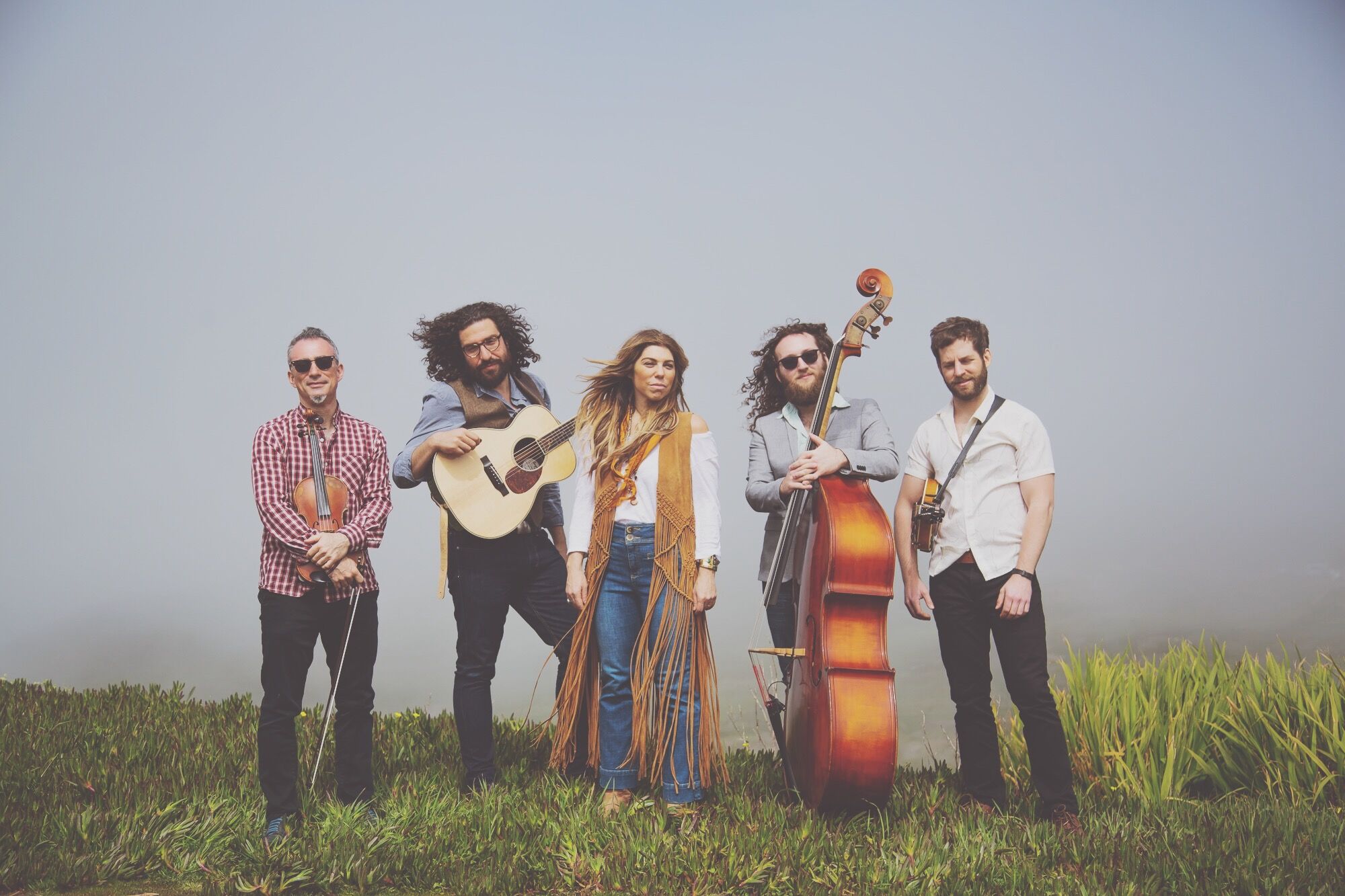 Nefesh Mountain is the place where American Bluegrass and Old-time music meet with Jewish Heritage and tradition. Band leaders, genre-pioneers, and husband and wife Doni Zasloff and Eric Lindberg are the heart of this eclectic offering, and share their love for American music, their own cultural heritage, and each other with audiences throughout the world.

The result of this unexpected and beautiful mix is staggering; and while complete with the kind of adept string virtuosity and through composed arrangements one would hope for from a newgrass band with influences from Bluegrass, Old-Time, Celtic, and Jazz, they also play and sing songs of the heart creating music with a sense of diversity, oneness, and purpose for our world today.

Their newest and most adventurous recording to date called “Beneath The Open Sky” was a tour de force for the band, featuring friends and bluegrass luminaries Sam Bush, Jerry Douglas, Tony Trischka And David Grier, along with their own band members Alan Grubner and Tim Kiah. The album’s 11 songs collectively weave together a groundbreaking and beautiful patchwork of new American music, being called “refreshingly eclectic” by Rolling Stone, and “One of the finest, wholly bluegrass records one will hear in not only 2018 but as a touchstone moving forward” by No Depression magazine.

Currently the Nefesh Mountain touring band/quintet plays over 150 dates worldwide with performances all throughout the US, Canada, Israel, England, and Australia. Their mission whether at a concert hall, festival, workshop, school, camp, or synagogue, is to spread the joy and magic of American roots music and help to champion and reinforce the powerful messages of diversity, wholeness, and harmony for our ever changing times.