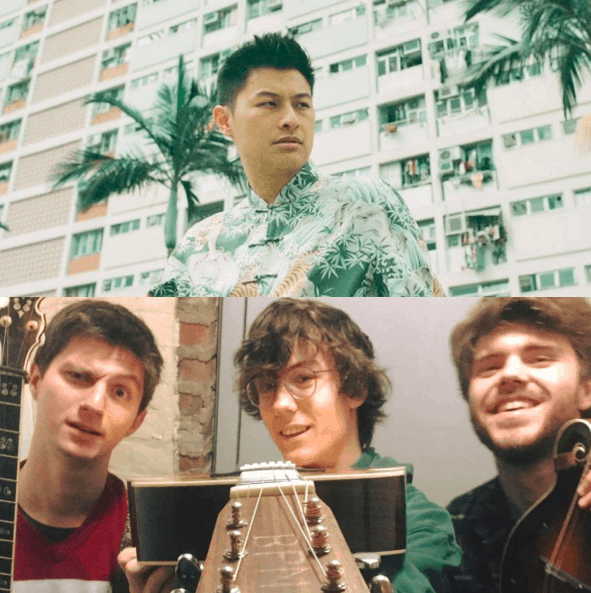 LEW, is a twenty two year old local singer-songwriter who translates something intangible, emotion, into an embrace that is rough but real. His voice is a melodic silky sound that hugs you like a friend, and takes you home.

In 2017, LEW released his debut album “Lullacry” at his sold-out album launch. “Lullacry” reached #1 on the Singapore iTunes Charts, #6 in China and #9 in Taiwan respectively, and has now amassed over 3.8 million plays on Spotify.  The acoustic-pop artist is now based in Boston, pursuing a degree in songwriting at Berklee College of Music, and has more recently released two EPs in 2018, entitled “There’s Something In My Eye” & “ENFJ” respectively.

LEW participated and completed the Noise Singapore Music Mentorship Program, and was very honoured to receive the NOISE Award for 2015.  He has performed for many festivals and on various stages including “SHINE Festival 2017/2018” , ‘MOSAIC Music Series‘ at The Esplanade Outdoor Theatres, “Bandwagon Nights’ at Hard Rock Cafe and was also part of the SCAPE Invasion Lineup for 2016.

LEW’s debut album ‘Lullacry’ was released in July 2017 and has already garnered over 2.1 million plays on Spotify. It also hit #1 on the Singapore iTunes Charts, #6 in China, #9 in Taiwan, #11 in Hong Kong and #12 in Indonesia respectively.

Sliding from the murky depths of Berklee practice rooms, this band is named Turtle Vibe because at least one member is reminiscent of a shell-wearing reptile… their music is a combination of both songs and instrumentals, a unique perspective rooted in a mixture of traditions including bluegrass, old time, jazz, funk, and blues.