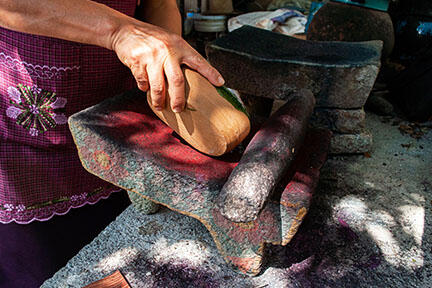 Cochineal (Dactylopius coccus) is a small insect that produces a brilliant red pigment. Found in textiles, paintings, cosmetics, and many other objects that span the globe, cochineal is an integral part of world history. Cochineal pigment was used by Mesoamerican peoples long before the Spanish arrived in the sixteenth century. In this lecture, Gabriela Soto Laveaga will trace the fascinating history of cochineal production and the many efforts to control its trade.