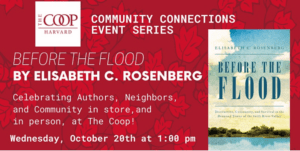 The Harvard / MIT Coop happily announces the return of our IN-STORE Event Series.

Based upon the generous and positive feedback we have received from our favorite authors, new friends, and from our loyal customers, its time to bring back what we have missed so much……connectivity and discovery, in real life!

All attendees are required to wear masks indoors. Attendance is limited and based on a first come, first served basis unless otherwise noted.

BEFORE THE FLOOD: Destruction, Community, and Survival in the Drowned Towns of the Quabbin

The 412-billion-gallon Quabbin reservoir covers 39 square miles, includes 181 miles of shoreline, and supplies more than 3 million people in the Boston metropolitan area with clean drinking water. And though it seems a part of the “natural” landscape of New England today, the Swift River Valley reservoir, dam, dike, and nature area are actually triumphs of civil engineering. While its creation combined forward-looking environmental stewardship and social policy, the local residents—and the four towns in which they lived—were lost in its wake.

Following in the tradition of Silent Spring, Before the Flood: Destruction, Community, and Survival in the Drowned Towns of the Quabbin (Pegasus | August 3, 2021) by Elisabeth Rosenberg, is a modern parable of the American experience and our paradoxical relationship with the natural world. Meticulously researched, Rosenberg presents the first narrative book on the incredible history of the towns that made up the Swift River Valley and the origins of the Quabbin reservoir, digging into the socioeconomic and psychological aspects of the valley’s destruction.

The history of the Quabbin reservoir sheds a critical light on modern issues as the need for managed retreat appears necessary in the face of climate change. As much a human story as the story of water and landscape, Before the Flood reveals the science behind the ambitious project, the lives of the key players, and the four flooded towns that were washed forever away.

“Rosenberg seeks to challenge ‘binary’ histories of the event, which cast townspeople as the ‘losers’ and state government officials and Boston residents as the ‘victors.’ Rosenberg spotlights the engineers who lived in the towns and became active community members, even as they plotted ‘the death of the Swift River,’ [and] she uncovers the mutual respect that grew between them over the course of the project… Intriguing.”

Elisabeth C. Rosenberg is a writer and editor who focuses on the interplay between individuals, demographic groups, and disruptive technology. She has contributed to The Boston Globe, Boston Magazine, Fast Company, Harvard University Press, and the Electronic Privacy Information Center. She holds a bachelor’s degree from Brandeis University and an MFA from Emerson. She divides her time between Washington, DC, and Amherst, MA. 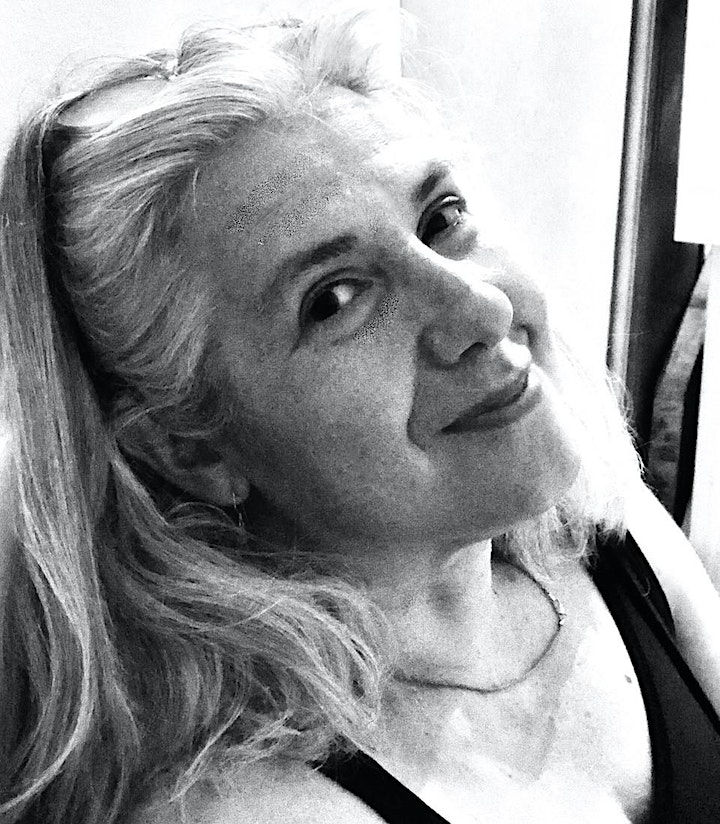