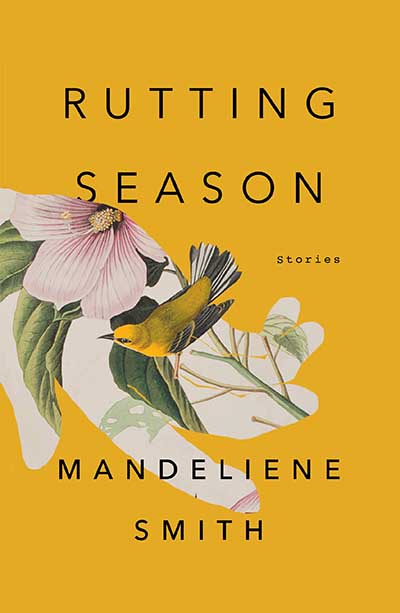 In these lucid, sharply observant stories, Mandeliene Smith traces the lives of men and women in moments of crisis: a woman whose husband has just died, a social worker struggling to escape his own past, a girl caught in a standoff between her mother’s boyfriend and the police. Wise and insightful, Smith is “an uncommonly talented writer with a particularly sharp eye for the serrated edge of human nature” (Publishers Weekly).

In “What It Takes,” a teenage girl navigates race and class as the school’s pot dealer. “The Someday Cat” follows a small girl terrified of being given away by her neglectful mother. “Three Views of a Pond” is a meditation on the healing time brings for a college student considering suicide. And in “Animals,” a child wrestles with the contradictions inherent in her family’s relationship with the farm animals they both care for and kill.

In barnyards, office buildings, and dilapidated houses, Smith’s characters fight for happiness and survival, and the choices they make reveal the power of instinct to save or destroy. Whether she’s writing about wives struggling with love, teenage girls resisting authority, or men and women reeling from loss, Smith illuminates her characters with pointed, gorgeous language and searing insight. Rutting Season is “an arresting debut short story collection…At once powerful and delicate, compassionate and clear-eyed, this book is sure to breed interest in a new literary voice” (Kirkus Reviews, starred review).

Mandeliene Smith’s stories have appeared in Guernica, The Sun, New England Review, and The Massachusetts Review. Her work has been nominated for a Pushcart Prize, and her story “Mercy” was selected by Stephen King for the list of “100 Other Distinguished Stories” in The Best American Short Stories 2007. Mandeliene has waited tables, weeded gardens, taught writing, worked as a secretary, and translated books into Braille, among other things. She has an MFA from Sarah Lawrence College and a BA in comparative literature from Hampshire College. The author of Rutting Season, she currently lives in Lexington, Massachusetts, with her husband, her two daughters, and two dogs.