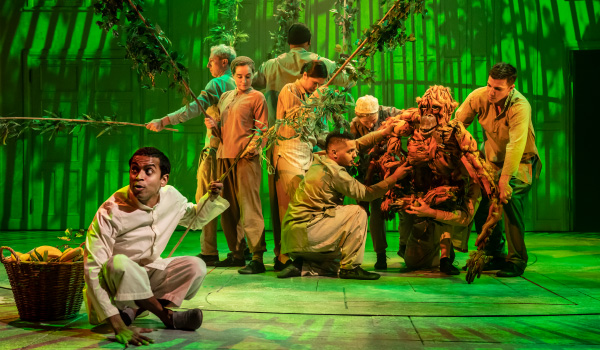 ★★★★★ Breathtaking. It will make you believe in the power of theater.

THE TIMES OF LONDON

One of the most visually stunning shows I’ve ever seen.

Sixteen-year-old Pi and his family set off to emigrate from India, but after their ship sinks in the middle of the Pacific Ocean, Pi is left stranded on a lifeboat with just four other survivors—a hyena, a zebra, an orangutan, and a Royal Bengal tiger. Time is against them, nature is harsh, who will survive? Called “extraordinary and unmissable” by The Guardian for its inventive puppetry and winner of five 2022 Olivier Awards including Best New Play, this highly imaginative theatrical adaptation brings one of the most beloved works of fiction to the stage to tell its epic story of endurance and hope.