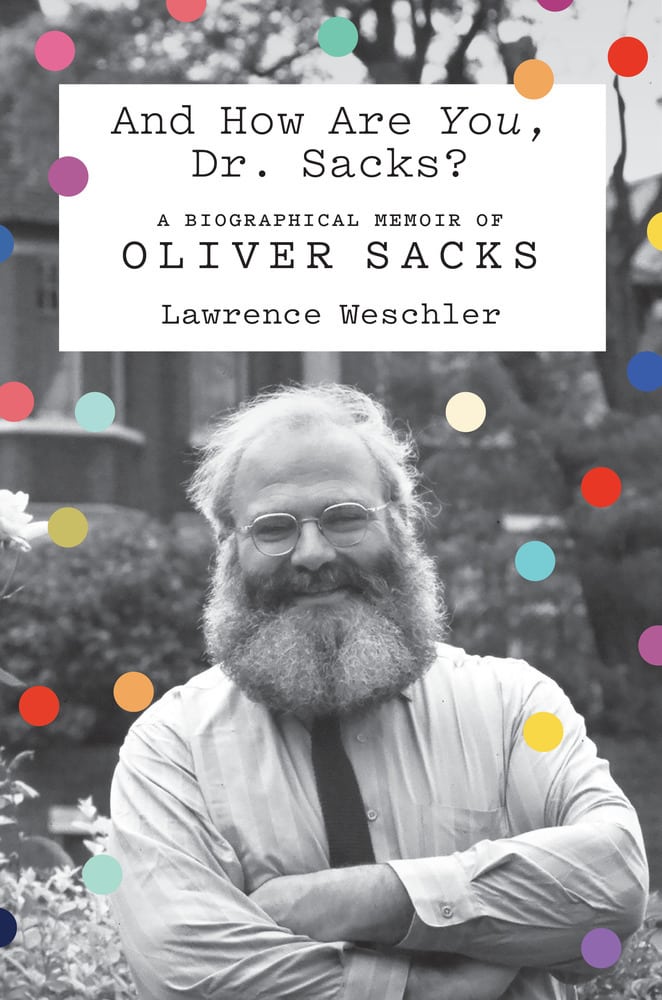 Harvard Book Store welcomes acclaimed author and veteran New Yorker staff writer LAWRENCE WESCHLER for a discussion of his latest book, And How Are You, Dr. Sacks?: A Biographical Memoir of Oliver Sacks. He will be joined in conversation by Radio Open Source’s CHRISTOPHER LYDON.

About And How Are You, Dr. Sacks?

The author Lawrence Weschler began spending time with Oliver Sacks in the early 1980s, when he set out to profile the neurologist for his own new employer, The New Yorker. Almost a decade earlier, Dr. Sacks had published his masterpiece Awakenings―the account of his long-dormant patients’ miraculous but troubling return to life in a Bronx hospital ward. But the book had hardly been an immediate success, and the rumpled clinician was still largely unknown. Over the ensuing four years, the two men worked closely together until, for wracking personal reasons, Sacks asked Weschler to abandon the profile, a request to which Weschler acceded. The two remained close friends, however, across the next thirty years and then, just as Sacks was dying, he urged Weschler to take up the project once again. This book is the result of that entreaty.

Weschler sets Sacks’s brilliant table talk and extravagant personality in vivid relief, casting himself as a beanpole Sancho to Sacks’s capacious Quixote. We see Sacks rowing and ranting and caring deeply; composing the essays that would form The Man Who Mistook His Wife for a Hat; recalling his turbulent drug-fueled younger days; helping his patients and exhausting his friends; and waging intellectual war against a medical and scientific establishment that failed to address his greatest concern: the spontaneous specificity of the individual human soul. And all the while he is pouring out a stream of glorious, ribald, hilarious, and often profound conversation that establishes him as one of the great talkers of the age. Here is the definitive portrait of Sacks as our preeminent romantic scientist, a self-described “clinical ontologist” whose entire practice revolved around the single fundamental question he effectively asked each of his patients: How are you? Which is to say, How do you be?

A question which Weschler, with this book, turns back on the good doctor himself.

Praise for And How Are You, Dr. Sacks?

“This is one of the best examples I have ever read of a biographical memoir made luminous by the exquisite sympathy that sometimes develops between subject and writer. Really, an achievement!” ―Vivian Gornick, author of The Odd Woman and the City

“Two offbeat and complicated men step into a rowboat; a thirty-year intellectual romance ensues. No one but Lawrence Weschler could tell the story with as much polymathic perversity and emotional resonance. Oliver Sacks is such a remarkably literary character that reading this book feels like devouring a novel.” ―Laura Kipnis, author of Unwanted Advances

“Provide[s] striking glimpses into a remarkable life. Weschler resurrects the interviews he did in the early ’80s with Sacks’s friends and colleagues, and with Sacks himself, who illuminates his insistence not merely on the humanity of patients who suffered everything from extreme Tourette’s to severe amnesia, but also on something spiritual within them . . . Compellingly, Weschler intertwines Sacks’s searching empathy with his sheer strangeness.”
―Daniel Bergner, The New York Times Book Review