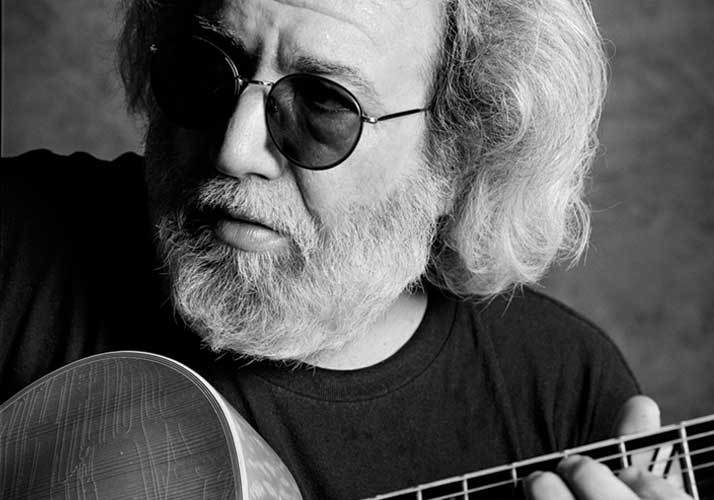 In honor of Garcia’s 77th birthday, a stellar group of songwriters and acoustic instrumentalists comes together to celebrate his spirit and legacy—as a guitarist, as a songwriter, and as an interpreter of American roots music.

Leslie Mendelson is an acclaimed singer-songwriter based in Brooklyn whose debut, Swan Feathers, was nominated for a Grammy. Her 2017 release Love and Murder features a duet with the Grateful Dead’s Bob Weir.  She has opened for Roger Daltrey on two U.S. tours, and in May 2019 opened for the Who at Madison Square Garden.

Jefferson Hamer is a songwriter, guitarist, and traditional musician based in Brooklyn. He performs with Eamon O’Leary in the Murphy Beds, featuring harmony vocals backed by intricate guitar and bouzouki, and with the roots-rock ensemble Session Americana. Hamer’s 2013 Child Ballads album with Anaïs Mitchell earned a BBC2 Folk Award and was named one of NPR’s top-ten folk releases of the year.

Jeffrey Pepper Rodgers is a grand prize winner of the John Lennon Songwriting Contest and founding editor of Acoustic Guitar magazine. He interviewed both Jerry Garcia and Bob Weir and is author of a video series teaching Grateful Dead songs for acoustic guitar. Joining him is multi-instrumentalist/songwriter Wendy Ramsay, his partner in the duo Pepper and Sassafras.

David Surette and Steve Roy, two stalwarts of the New England folk/bluegrass/roots music scene, team up as a duo to explore the music of the Grateful Dead on acoustic guitar and mandolin. Surette has performed with his wife, singer Susie Burke, for more than 30 years. Roy has toured internationally with acts such as Laurie Lewis and Tom Rozum, Molly Tuttle, Joe K. Walsh, Frank Solivan and Dirty Kitchen, and Joy Kills Sorrow.

Ryan Fitzsimmons and Laurence Scudder are fixtures of the Boston roots-rock scene and frequent collaborators. Fitzsimmons has steadily built a reputation as one of the Northeast’s most compelling songwriters and, in the words of Red Line Roots, “a brutal force of nature on acoustic guitar.” Violist/singer/songwriter Laurence Scudder performs with Spotted Tiger, Danielle M and the Glory Junkies, Thank God for Science, Brothers McCann, and other Boston-area bands.

For a preview of the night, check out THIS VIDEO highlighting the performers.