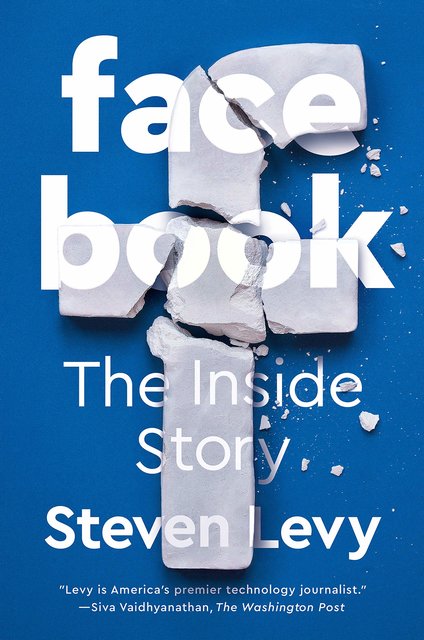 Harvard Book Store welcomes Wired editor-at-large STEVEN LEVY for a discussion of his latest book, Facebook: The Inside Story. He will be joined in conversation by author and Harvard Law professor LAWRENCE LESSIG.

While payment is not required, we are suggesting a $3 contribution to support this author series, our staff, and the future of Harvard Book Store—a locally owned, independently run Cambridge institution. In addition, by purchasing a copy of Facebook: The Inside Story on harvard.com, you support indie bookselling and the writing community during this difficult time.

In his sophomore year of college, Mark Zuckerberg created a simple website to serve as a campus social network. The site caught on like wildfire, and soon students nationwide were on Facebook.

Today, Facebook is nearly unrecognizable from Zuckerberg’s first, modest iteration. It has grown into a tech giant, the largest social media platform and one of the most gargantuan companies in the world, with a valuation of more than $576 billion and almost 3 billion users, including those on its fully owned subsidiaries, Instagram and WhatsApp. There is no denying the power and omnipresence of Facebook in American daily life. And in light of recent controversies surrounding election-influencing “fake news” accounts, the handling of its users’ personal data, and growing discontent with the actions of its founder and CEO, never has the company been more central to the national conversation.

Based on hundreds of interviews inside and outside the company, Levy’s sweeping narrative digs deep into the whole story of the company that has changed the world and reaped the consequences.

“Steven Levy is the founding guru of technology journalism. Few other writers can harness both access to top figures and critical insight informed by decades of reporting on Silicon Valley. His Facebook book will be a blockbuster, a penetrating account of the momentous consequences of a reckless young company with the power to change the world.” —Brad Stone, author of The Everything Store and The Upstarts

“Exhaustive and well-paced history of the tech giant . . . Levy’s narrative is richly detailed, thanks to interviews with Facebookers past and present . . . Levy’s account of Zuckerberg’s abbreviated Harvard tenure and Facebook’s early years feel fresh, with plenty of color that reminds you the HBO show Silicon Valley did not have to reach far for its satire.” —NPR

“Levy writes with verve . . . [he] is able to trace the origins of the Cambridge Analytica scheme to Facebook’s disregard for the privacy concerns of the first users . . . In discussing the development of the News Feed and advertising, Levy foreshadows the future misuse by rogue actors, including Russia’s Internet Research Agency, the group charged by Special Counsel Robert Mueller with interfering in the election . . . [he] doesn’t shy from asking the tough questions.” —Washington Post