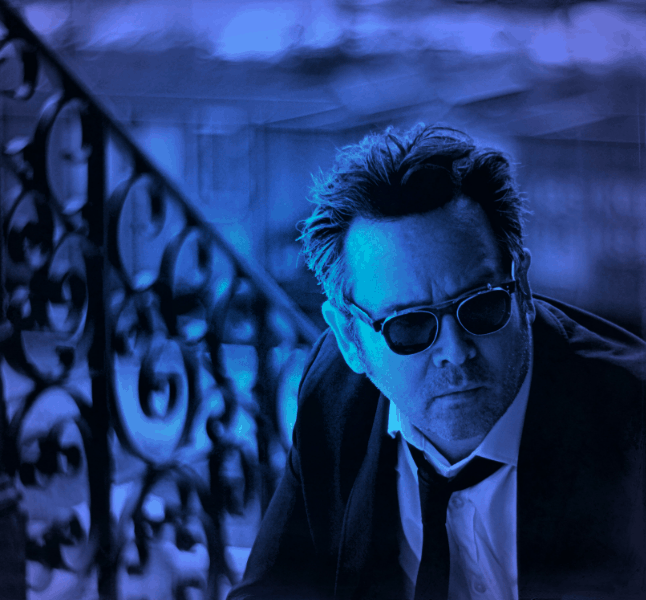 “I’m drawing on the urgency of the moment,” reflects Grant-Lee Phillips. “The things that eat away in the late hours…”

That urgency inspired the headlong rush of his new album Widdershins – in which Grant-Lee Phillips invests the insight, nuance, and wit that has distinguished his songcraft over the past three decades.  Exploring folk, alternative, pop and Americana, Phillips’ band Grant Lee Buffalo was a seminal ‘90s mainstay. Even in the wake of disbanding in ’99, albums like Fuzzy and Mighty Joe Moon remain enigmatic treasures, that new generations are drawn to. So much so, that Grant Lee Buffalo embarked on a string of reunion dates in 2011. The group signed a deal with Chrysalis/Blue Rain Coat in 2018 and a major reissue of the catalogue is currently underway.

As for Phillips, his career has constantly evolved, diving into deeper adventurous waters with each project. Being a songwriter and a multi-instrumentalist, he’s embraced the freedom of being his own producer.

Something he could never expect occurred in 2001 when Phillips was approached about a role on a newly burgeoning TV show called The Gilmore Girls.  Acting wouldn’t curb Phillips’ consistent output however. Mobilize, Virginia Creeper, Nineteeneighties, Strangelet and Little Moon would follow – each a document of his life in that moment.  On his 2012 release Walking in the Green Corn he drew from his Native American heritage. A year later Phillips relocated from Los Angeles to Nashville, marking a new creative chapter, inspiring The Narrows. The release of Widdershins in 2018 brings the current count to nine solo albums and four with Grant Lee Buffalo.