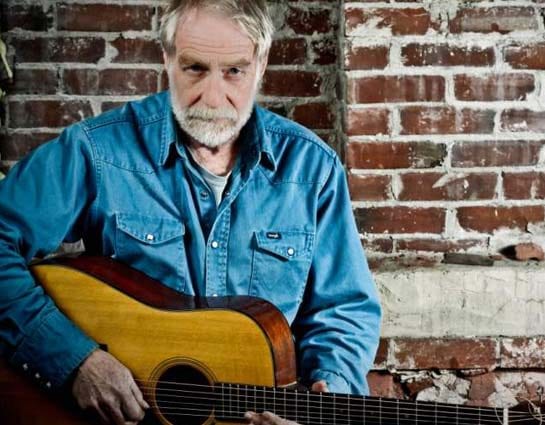 The cool breezes of Maine’s northlands have flowed through the songs of David Mallett for more than four decades. His latest, Greenin Up, is a compilation of some re-recordings of his finest work. Released in conjunction with the Maine Farmland Trust, it is a celebration of rural life.

Greenin’ Up is the culmination of a musical career that began when Mallett was eleven years old, playing in a country and folk duo, The Mallett Brothers, with his older brother, Neil. “We played everything from old songs like ‘Carry Me Back To Old Virginny’, which is the only song that my father ever sang,” recalled Mallett, “to stuff that was on the radio, Johnny Cash to Peter Paul and Mary. to Sinatra. We had our own tv show in the sixties for a few seasons, made a few 45s and did a lot of nice shows. It was a great way to grow up in show business.”

Greenin’ Up continues this great body of work. Using a spare collection of musicians — with Michael Burd, Susan Ramsey, Mark Macksoud, Roy Clark, Rob Coffin, John Stuart and Luke, Will and Molly Mallett — the album provides the soundtrack of not only Mallett’s home state, but also farmers and agriculturalists across the country.