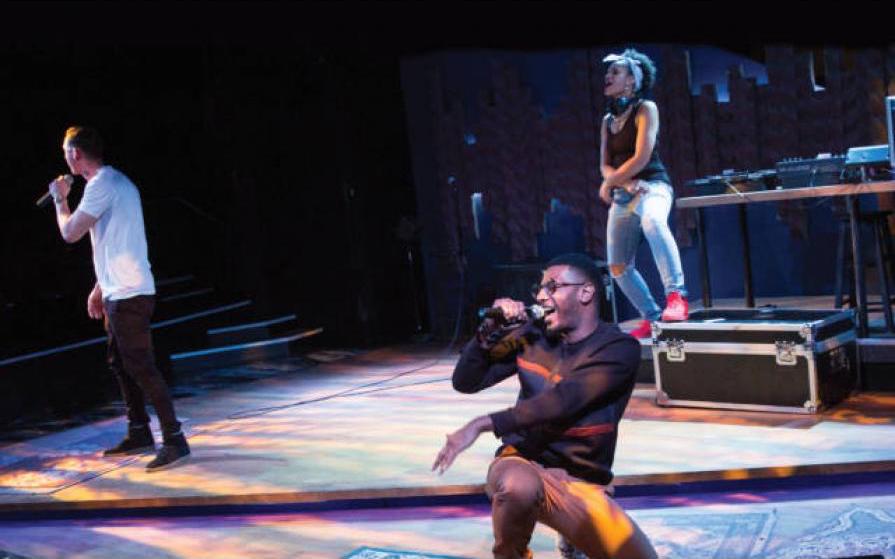 Frontman Pinnacle and his hype man Verb have been making Hip-Hop together since they were kids. Now that they’ve got top-notch beatmaker Peep One in the mix, the group is finally on the verge of making it big—until the police shooting of an unarmed black teenager shakes the trio to its core, and forces them to navigate issues of friendship, race, and privilege. Returning for THREE NIGHTS ONLY after acclaimed runs in Boston and Minneapolis, Hype Man asks us: who has the responsibility to speak up in the face of social injustice?

★★★★★… Hype Man is theater at its urgent, vital best. See it and see it again