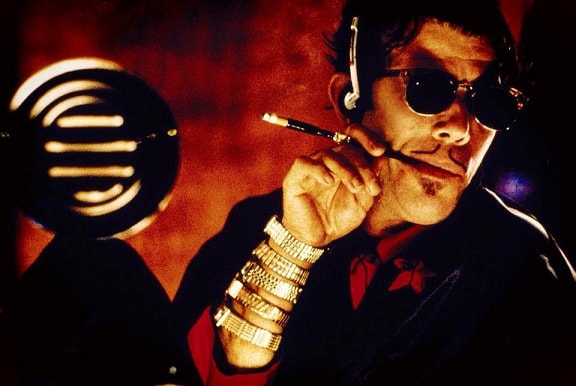 The great musician/actor/poet/weirdo Tom Waits celebrated his 70th birthday just this month and we’re throwing him a party on New Year’s Eve! This rarely screened concert film perfectly captures the endearing eccentricity of Waits’ artistry as he both performs on stage and appears in interstitial segments as a sleazy theater usher. Filmed in 1987 during the tour for Waits’ classic Frank’s Wild Years album, BIG TIME is a legendary cult film that hasn’t been (and may never be) released on any home format other than VHS.