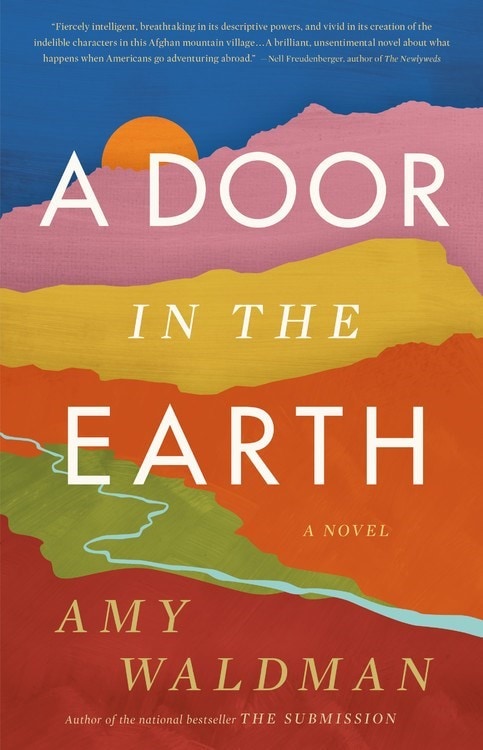 Harvard Book Store welcomes AMY WALDMAN—the bestselling, critically acclaimed author of The Submission—for a discussion of her new novel, A Door in the Earth.

About A Door in the Earth

Parveen Shams, a college senior in search of a calling, feels pulled between her charismatic and mercurial anthropology professor and the comfortable but predictable Afghan-American community in her Northern California hometown. When she discovers a bestselling book called Mother Afghanistan, a memoir by humanitarian Gideon Crane that has become a bible for American engagement in the country, she is inspired. Galvanized by Crane’s experience, Parveen travels to a remote village in the land of her birth to join the work of his charitable foundation.

When she arrives, however, Crane’s maternity clinic, while grandly equipped, is mostly unstaffed. The villagers do not exhibit the gratitude she expected to receive. And Crane’s memoir appears to be littered with mistakes, or outright fabrications. As the reasons for Parveen’s pilgrimage crumble beneath her, the U.S. military, also drawn by Crane’s book, turns up to pave the soil road to the village, bringing the war in their wake. When a fatal ambush occurs, Parveen must decide whether her loyalties lie with the villagers or the soldiers—and she must determine her own relationship to the truth.

Amy Waldman, who reported from Afghanistan for the New York Times after 9/11, has created a taut, propulsive novel about power, perspective, and idealism, brushing aside the dust of America’s longest-standing war to reveal the complicated truths beneath. A Door in the Earth is the rarest of books, one that helps us understand living history through poignant characters and unforgettable storytelling.

Praise for A Door in the Earth

“With A Door in the Earth, Amy Waldman more than confirms the great talent that she showed in her first novel. . . [Waldman] plays on true events in Afghanistan. . . but wholly reimagines them in a way that raises urgent questions about the ethics of ‘saving’ people we don’t know. I haven’t read anything more acute about the consequences of good American intentions sent abroad. Waldman’s moral vision, spare and unsparing prose style, and feel for the way history upsets settled lives all make A Door in the Earth one of the essential books of the post-9/11 era.” ―George Packer, National Book Award winner for The Unwinding

“Amy Waldman brings her fierce intelligence and breathtaking descriptive powers to bear in this brilliant, unsentimental novel about what happens when Americans go adventuring abroad. The author’s vast experience in the region is evident in the vividness with which she creates the social world of an Afghan mountain village. But the miracle of A Door in the Earth is that a novel which tackles such urgent and necessary questions of politics, history, and the compromises of war can also be so unflaggingly searing and gripping, and bring its characters so indelibly to life.” ―Nell Freudenberger, New York Times bestselling author of Lost and Wanted

“Through a kaleidescope of shifting perspectives, Waldman delivers a breathtaking and achingly nuanced examination of the grays in a landscape where black and white answers have long been the only currency. A bone-chilling takedown of America’s misguided use of soft power.” ―Kirkus Reviews,starred review