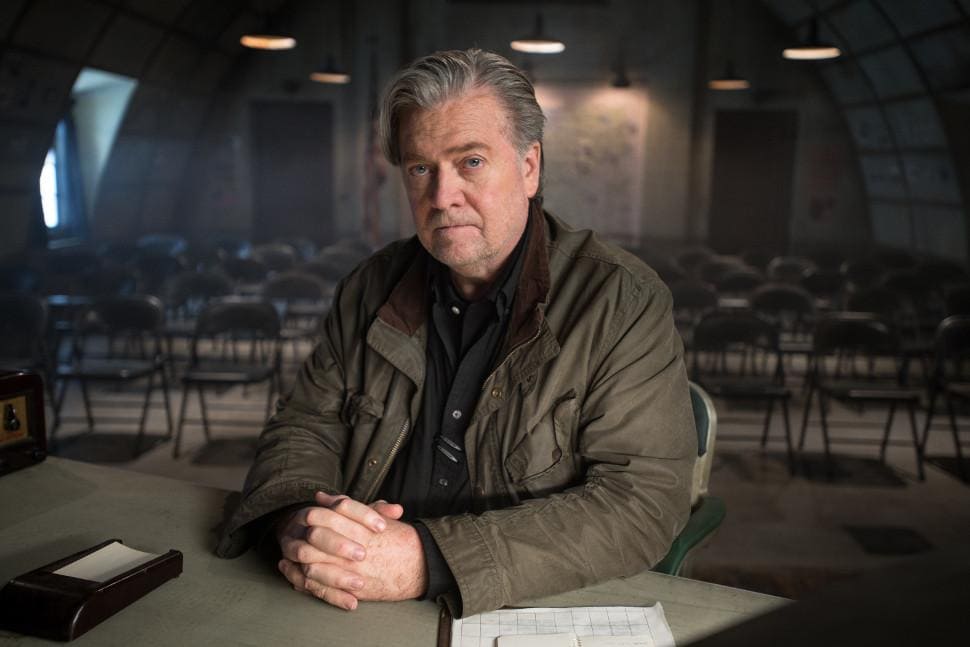 “Errol Morris’s productively unnerving new film is an encounter with none other than Steve Bannon – former Goldman Sachs partner and movie executive, self-proclaimed ‘populist’ warrior, and long-time cinephile. Morris faces off with his subject in a Quonset hut set modeled on a Bannon favorite, Twelve O’Clock High, and questions him about the most disturbing and divisive milestones in his career as a media-savvy libertarian/anarchist/activist, from Breitbart News’ takedown of Anthony Weiner to Bannon’s incendiary alliance with our current president to the tragic milestone of Charlottesville. AMERICAN DHARMA is an unflinching film, and a deeply disturbing experience. To quote William Carlos Williams, ‘The pure products of America go crazy…’” – New York Film Festival