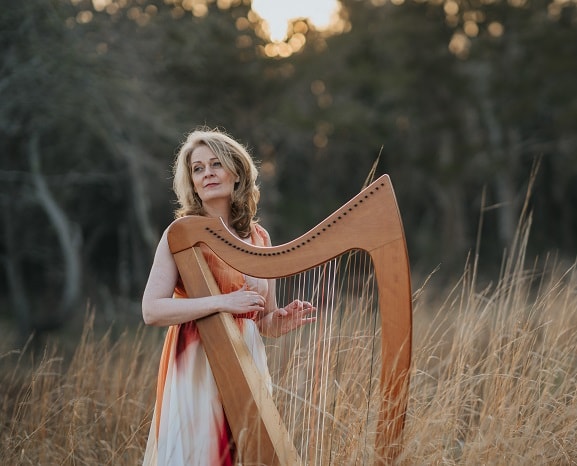 As traditional Irish music and dance continue to enjoy phenomenal success both in the United States and in Ireland, Áine has worked to explore their themes and to understand their very essence. Her voice, though uniquely her own, also reflects the lyricism and richness to be found in Irish music, mythology, and poetry.

Born and raised in Borrisokane, County Tipperary, Áine comes from a large musical family and an environment in which she was encouraged to pursue expertise in a number of different instruments. This broad knowledge of Irish traditional music has underpinned her success in arranging and composing her own music.

She has a dozen solo recordings on several labels including RCA Victor/BMG and has been nominated for FIMA awards for her work as a record producer. Her TV production work on “A Winter’s Journey” earned her a New England EMMY ® nomination.